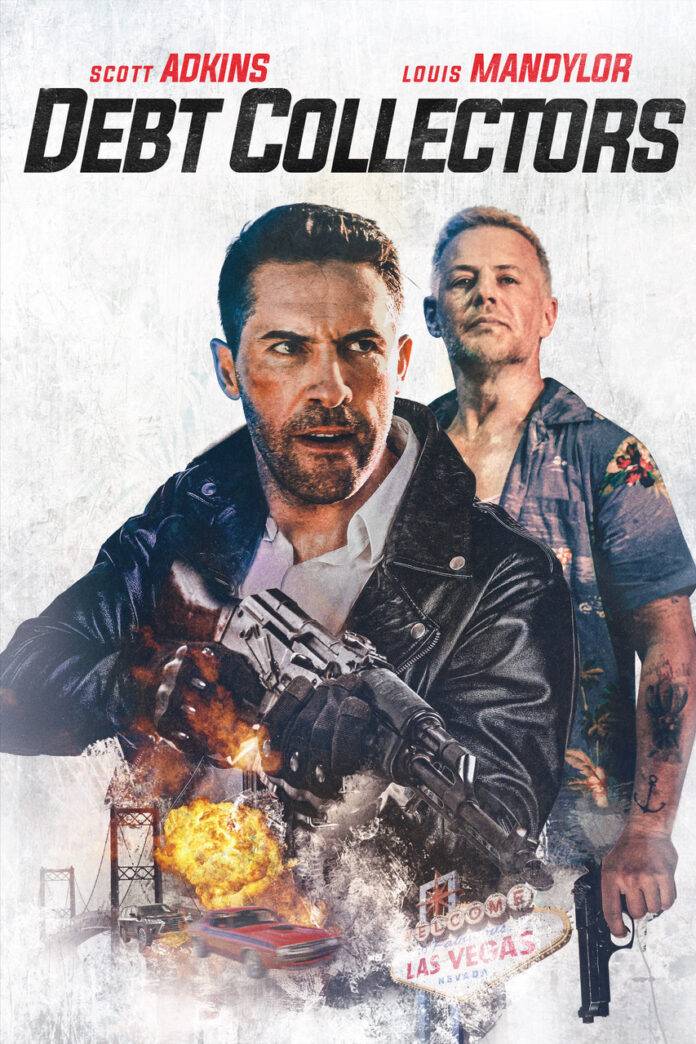 Hey look, nobody is going to compare director Jesse V. Johnson and martial artist Scott Adkins to Scorsese/DiCaprio, but to a certain segment their movies are also looked forward to. The hard-hitting action duo team up once again for Debt Collectors, which has Adkins breaking the teeth of those who owe him money.

Debt Collectors is actually a sequel to 2018’s The Debt Collector, and reunites him with co-star Louis Mandylor. This one finds them chasing down a casino owner in Las Vegas, and of course they’ll need to kick a lot of ass to get what they’re owed.

SYNOPSIS: Debt collectors French and Sue get to work doing what they do best – cracking skulls and breaking bones – as they chase down the various lowlifes who owe money to their boss, Tommy. They’re summoned to Las Vegas to collect from a dirty casino owner, who happens to be a vicious ex-lover of Sue’s. Meanwhile, a notorious drug kingpin is on the warpath to kill French and Sue to avenge his brother’s death. Facing danger from all angles, the pair will have no other choice but to fight their way out of an explosively dangerous situation.

Adkins and Johnson are guys who fill the racks with meat and potatoes action flicks. Kick your feet up, grab a snack, and watch a couple of tough guys beat people into pulp for a couple of hours. While Adkins has more than his share of notable support roles in big movies such as X-Men Origns: Wolverine, The Expendables, The Bourne Ultimatum, and Doctor Strange, it’s the lower-profile stuff where he gets to take center stage. He and Johnson recently worked together on the films Triple Threat and Avengement, but their association stretches back to 2005’s Pit Fighter.

Donnie Yen Hasn’t Lost a Step In the Hard Hitting Trailer for ‘Ip Man 4: The Finale’