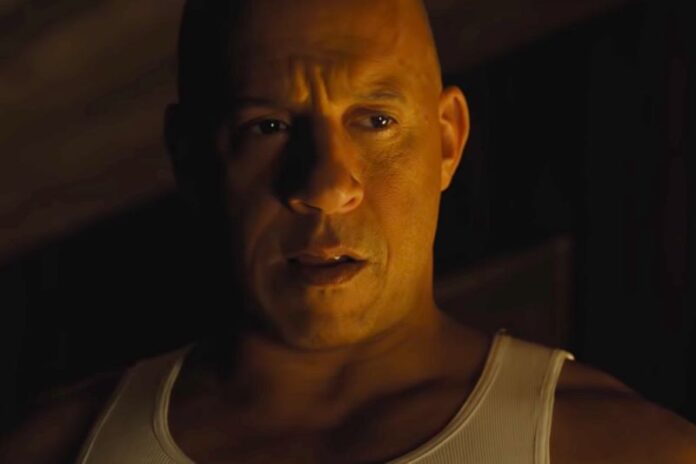 With the coronavirus causing cancellations all around the world, and the move of No Time to Die all the way to November, some have been waiting for the other shoe to drop. But the major studios have largely stuck to their guns, other than Peter Rabbit 2 and My Spy moving back a few weeks. One of the big films we’ve been waiting to hear more about was F9, and with Vin Diesel on tour doing press for Bloodshot he was in a position to give a predictably Toretto-esque answer about the movie’s future.

Speaking with USAToday, Diesel basically says there’s no way F9 will move from its May 22nd release date. At the same time he managed to hype up his superhero film which hits theaters this weekend…

“Let me put it to you this way: ‘Bloodshot‘ at the end of the day is a soldier and a soldier doesn’t decide or pick when or where he’s deployed. We’re going to go in.”

Um, sure. Thanks, Vin. I’m sure your muscles can stop a virus dead in its tracks??? To his credit, Diesel acknowledges that his brazenness is pretty unique to him, and gets it that others might think he’s a little bit nuts.

Continuing to frame his responses through the Bloodshot mindset, Diesel said he “won’t fault anyone in the world for saying, ‘You guys are stupid for releasing this movie right now.’ but “we need movies now more than ever. We’re already in a very interesting time where cinema and the cinematic experience is so threatened. So, yes, put it on record we’re going to show up.”

He continued, “I love to show up for the audience and for the fans because God knows how much they’ve showed up for me. I’m crazy. I’m begging Sony to let me go to China, even now. And you should see everyone’s faces like, ‘You’re going alone, buddy!’”

While Diesel is a producer and a driving creative force on the Fast & Furious franchise, the decision isn’t entirely his. But for now, look for F9 to skid into theaters just when it’s supposed to.