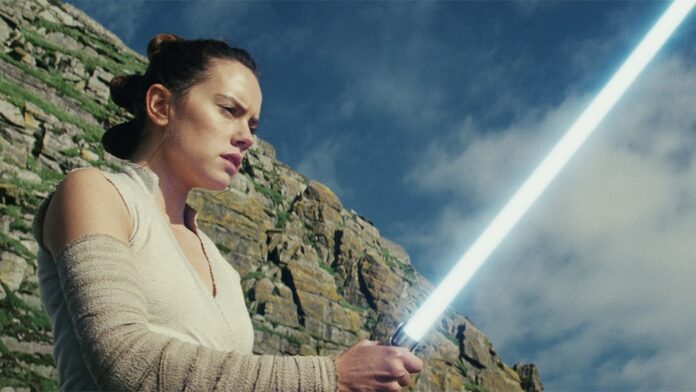 I know, even bringing up Star Wars: The Last Jedi is like opening up a Pandora’s Box. I’m practically inviting a plethora of negative comments and the reopening of a pointless debate where everything that can be said has been said. But here’s the thing: Rian Johnson doesn’t think the movie is perfect, either. Some fans like myself think it comes pretty close, but Johnson’s mind doesn’t work that way. He still sees room for improvement.

In the Knives Out special features, Johnson talks a little bit about The Last Jedi. While he doesn’t specifically state which areas needed improvement, he does wish Lucasfilm had given him some test screenings to help figure stuff out…

“It was like a party in the theater, it was really fun,” Johnson said about his first Knives Out test screening. “It was like the first time I was like ‘Oh wow, this actually plays. This is good.’ Which is really nice and that’s something on ‘Star Wars,’ you can’t test ‘Star Wars’ movies for a lot of different reasons.”

“I’ve always hated test screening, and when we were making ‘Star Wars,’ at a certain point in the process you’re like ‘God, I would give my left arm to put this in front of 300 people in Burbank and just see how it plays.’”

Unfortunately, test screenings aren’t a thing for the latest crop of Star Wars movies. While concerns about leaked spoilers are legit, it’s really about the perception they are in control, unaffected by fandom’s whims. I would argue The Rise of Skywalker‘s blandness is due in part to JJ Abrams bending over for toxic fans who hated The Last Jedi, but it can’t be made to look that way.

It would be interesting to know how The Last Jedi would’ve changed if Johnson did have test screenings. Hopefully, he’ll get to answer that question in a future interview.