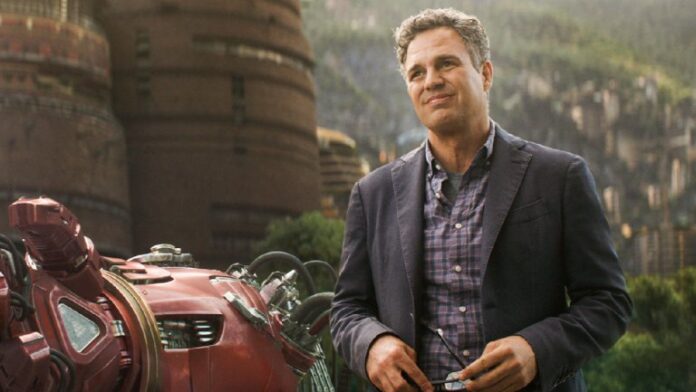 You might be seeing a lot more of Mark Ruffalo on the small screen. This morning we posted the trailer for Ruffalo’s upcoming HBO series, I Know This Much is True, but that is just the start. In recent weeks he’s been mentioned as possibly joining a TV  adaptation of Bong Joon-ho’s Oscar winner, Parasite, and while attending the C2E2 comic convention Ruffalo talked about that and another role that would see him return to the MCU.

According to tweets by Laughing Place, a panel given by Ruffalo saw him confirm talks for Parasite, likely in the father role. That part was played by Song Kang-ho in the film, but expect Bong and Adam McKay’s series to be a little bit different. The core premise of a family of grifters who cause trouble for a wealthy family, will be expanded on.

Ruffalo also revealed that he may be joining Marvel’s She-Hulk series coming to Disney+. That would be the one Alison Brie has been rumored for in recent days. This is a no-brainer. Jennifer Walters aka She-Hulk is Bruce Banner’s cousin and gains a portion of his big green powers through a blood transfusion. Marvel is sure to play around with that story for the show, but Hulk definitely needs to be a presence even if it’s a small one.

Mark confirms that he’s in talks to play the father in a #Parasite TV show. He adds that Bong Joon-ho would be a great Marvel director. #C2E2