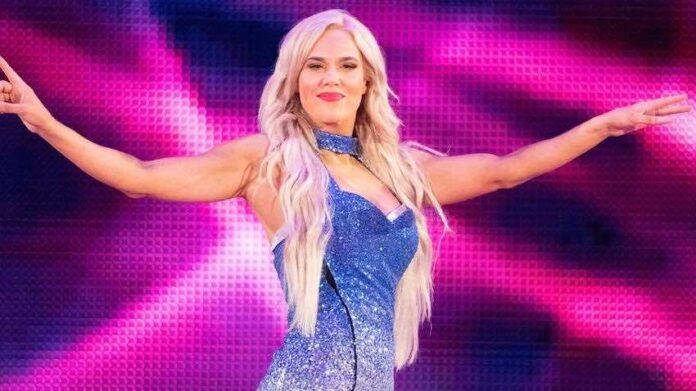 While attending tonight’s WWE Raw show I was a little surprised to see Bobby Lashley without his kayfabe wife, the “Russian” beauty Lana. And now I have a good idea why she was absent. Lana, real name CJ Perry, has joined Bruce Willis in the upcoming sci-fi film Cosmic Sin.

It’s possible I missed this Cosmic Sin thing, as Willis makes a buttload of really dubious flicks nowadays. The story follows a race of human warriors and scientists who must save their race from hostile aliens with the power to infect and takeover their hosts. Perry takes over the role of Sol, originally written for a male, and is described as the “the best sniper in the galaxy and lead assassin fighting for the human race against an alien invasion.”

Perry can be seen regularly on E! series Total Divas, and had a blink-and-miss-it appearance in Pitch Perfect . She has also appeared in WWE films Countdown, Scooby-Doo and WWE: Curse of the Speed Demon, and Interrogation. It’s only on WWE TV where she sports the terrible Russian accent, and I think even now she’s given that up in favor of hysterical soap opera theatrics and husband-swapping.