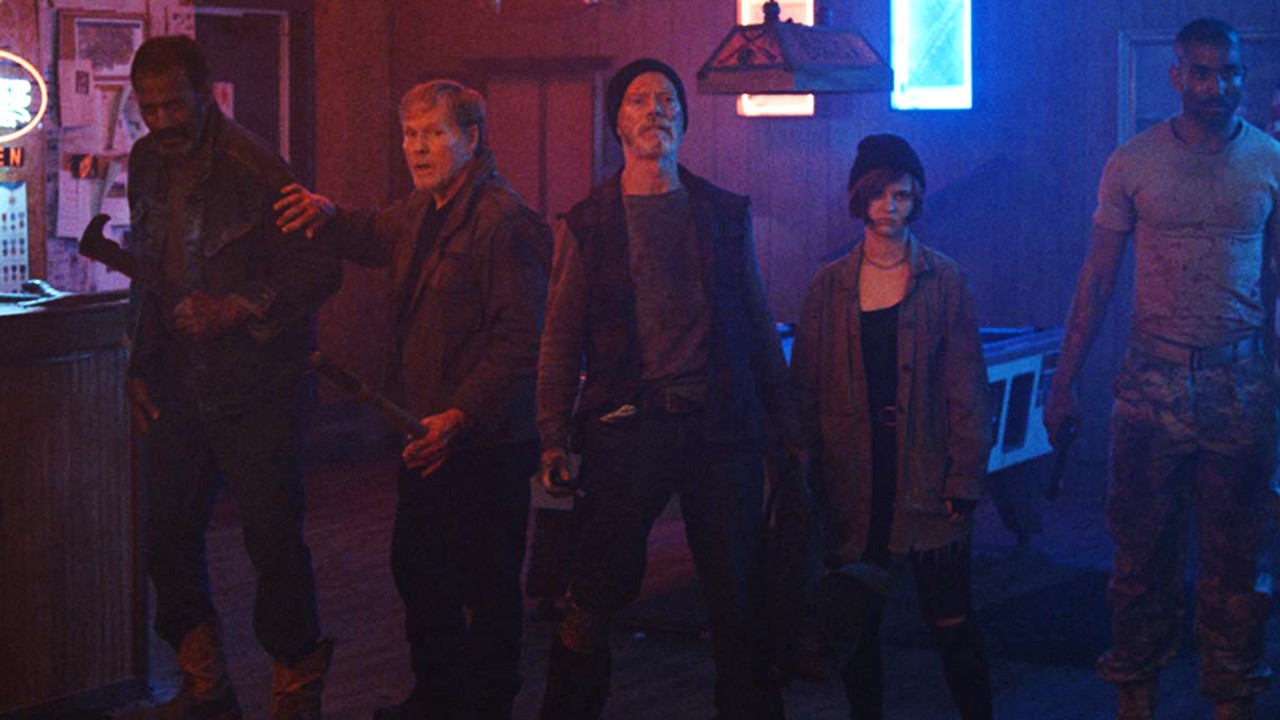 A typical night for veterans at a VFW post turns into an all-out battle for survival when a desperate teen runs into the bar with a bag of stolen drugs. When a gang of violent punks come looking for her, the vets use every weapon at their disposal to protect the girl and themselves from an unrelenting attack.

I am always one to support independent filmmaking. It is a difficult task for any filmmaker to craft a fully-fledged movie, short film or feature-length. Even Hollywood directors have to put all their effort and hard work into making their project the best it can possibly be. But independent directors probably have it the hardest. They do not have a gigantic budget at their disposal and they more than likely don’t have a large list of celebrities they can cast in their work, either.

Whenever a new indie film is released, I go out of my way to see it. Especially horror. Anybody that truly knows me knows that horror is my favorite genre in all of fiction. Not just movies. It also applies to television, books, and more.

Joe Begos’ latest feature VFW is an insanely weird and over-the-top film and it lets you know that right from the opening frames and it carries its craziness all the way until the end. It is an unapologetically brutal and unforgiving in all the best ways. It’s a stylish bloodbath of fun, even if it has its fair share of issues.

The concept behind this film is one that truly excited me. The whole idea of this crazy drug named “Hype” that basically turns makes people go wild in the streets seemed like it would be a crazy thing to explore and for the most part, it was. Sadly, we never get to learn a whole lot about this fictional drug itself, and it would have been nice to explore that a little bit more.

But with that being said, this is still a relentlessly entertaining movie for the most part. The first act does drag quite a bit, though. The opening credits of the film screamed Ridley Scott’s Blade Runner and it seemed somewhat unoriginal. In addition to this, the opening credits here with all of the actors’ names appearing on screen went on for far too long. They had actor names appear on screen for a solid ten minutes, and it did take me out of the movie. Gratefully though, after the initial setup of the plot, VFW becomes a gory thrill-ride.

It is also a movie that has an immensely talented cast with the likes of Stephen Lang, William Sadler, Martin Kove, and Fred Williamson being involved with this project. By far the strongest actor here is Lang, who portrays the lead character Fred Parras. Throughout the course of the film, we do get to learn more about him and where he comes from, and he does get some much-needed character development. Watching Fred go on his journey in this movie was a ton of fun.

However, other actors like Kove and Williamson sadly get saddled. They almost always tend to focus on Lang’s character, and as a result, we don’t get to know a whole lot about the other protagonists that we follow. Don’t get me wrong, all of the other actors involved are doing a good job. The problem is not the actors. The problem lies within the script and the way it treated the characters. It should have spent some more time making the others stand out more.

Production company Fangoria is well known for producing some incredibly bloody horror films that have been appreciated by genre fans, and VFW is no exception. One of the first things we see in the film is somebody’s body explode after falling to the ground, and it sets up what is to come for the rest of the movie.

While all of these sequences are entertaining, the story here was not front and center. It definitely felt like Begos was putting all of his effort towards making these kills as brutal as possible. It is both a positive and a negative. On one hand, it is relentlessly entertaining to watch these over-the-top sequences play out on screen, but on the other hand, the story gets thrown to the side for the most part.

The same thing can be said about the characters and their development, too. For the most part, our lead protagonists do not get a lot of development and their arcs are not too existent, unfortunately.

If you want to watch a movie that contains some extremely well-done, bloody, ridiculously gory and insane action scenes, then this is most definitely going to do the trick. It certainly entertained me. But do not go into this film expecting a gripping and riveting storyline that will move you or anything like that. Watch this knowing it is a fun action/horror film and you will probably like it.

VFW‘s strengths lie in its unforgiving brutality and intense action sequences, but it does lack in its character and story department.

Sundance 2020 Review: ‘The Climb’ Finds The Funny in Toxic Friendships