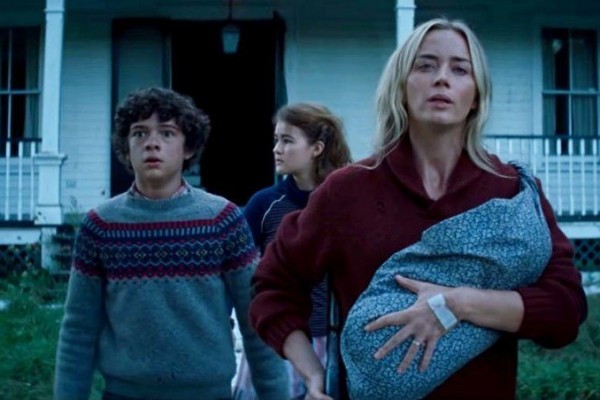 There have already been some big movies this early into 2020, but undoubtedly the one we’re really waiting for is A Quiet Place Part II. The sequel to John Krasinski’s surprise horror is sneaking up on us pretty quick, and Paramount has dropped a new trailer and featurette to get audiences ready to watch in silence.

Krasinski is back behind the camera, having also written the script this time, with Emily Blunt, Millicent Simmonds, and Noah Jupe returning as the family in peril. There isn’t a ton of new footage here, making clear that the formula will remain largely the same. The difference, as Blunt makes clear in the accompanying featurette, is to expect more monsters.

My hope is they don’t go too far with this. If they start explaining to us where the monsters come from, that’s a direction probably best avoided.