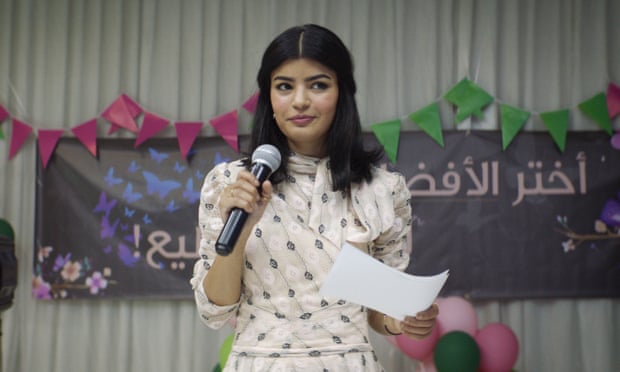 It’s good to see Haifaa al-Mansour get back to basics, so to speak. Her 2012 debut, the uplifting, vitally-important coming of age film Wadjda, made her the first Saudi woman to direct a feature. She followed that up with two uninspiring English-language movies about other women experiencing personal triumphs, but the heart of her debut effort was lacking. It returns in full-throated glory with The Perfect Candidate, a timely, spirited feel-good movie that arrives when politics is really hard to feel good about.

If just riding a bicycle proved a nearly-unreachable goal in Wadjda, imagine what a Saudi woman running for political office must face. Mila Al Zahrani plays Maryam, an overworked doctor at an under-funded hospital in Riyadh where the male patients outright refuse to be treated by a woman. The road leading to their facility is unpaved, nearly impossible to get through (“difficult” is how one of her male benefactors puts it, before denying additional funding), and Maryam has had enough.

Short of taking a few days of vacation there isn’t much Maryam can do. Back home, she and her sisters Sara (Nora Al Awadh) and Selma (Dae Al Hilali) take care of their father, grieving over the recent death of his wife. It’s because of this that he doesn’t notice the expiration of Maryam’s travel permission has expired, which becomes a problem when she’s prevented from attending a medical conference. She goes to another family member, Rashid, for his assistance but out of frustration and desperation decides to run for municipal office, instead.

What is a female candidate in Saudi Arabia supposed to do? Not only must she be completely covered up when addressing the voters, she can’t even speak to them directly in campaign ads, and the whole ”shaking hands and kissing babies” thing is a definite no-no. Her family fears embarrassment, that Maryam will make them a pariah, but does that stop her? In true Wadjda fashion, Maryam is a firecracker who doesn’t stand down to any man. She yells when she needs to, wins arguments with reason when that’s called for, and becomes more than just some circus act. She begins to change hearts and minds, including that of her family.

The whole thing is a little bit silly, but told in such a simple, straight-forward manner that its charms are effective. Regardless of the actual change taking place in Saudi Arabia, al-Mansour makes you believe with feisty heroines and broad cultural signposts that evolution is happening. Your mileage may vary with The Perfect Candidate depending on how much you’re willing to go along with al-Mansour’s crowd-pleasing outlook. There’s rarely a moment where al-Mansour gives Maryam an obstacle she can’t overcome through sheer force of attitude. Even her father, a musician with dreams of playing in front of large crowds, not only gets his wish but his band become big stars in the process.

Truly, everything is well and good. There’s nothing wrong with a film that offers an unabashedly hopeful outlook, and even if The Perfect Candidate is just al-Mansour’s wishful thinking, she is to be commended for putting a little more optimism out there in the world.