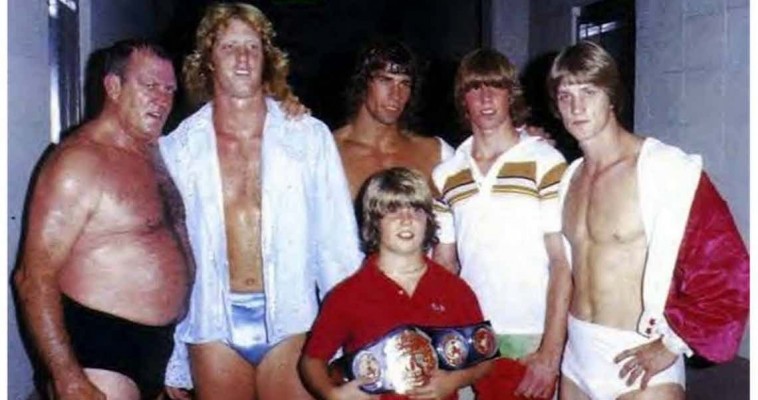 If you were a fan of professionally wrestling in ’80s and ’90s, you undoubtedly have heard of the Von Erich Curse. The Von Erichs, led by patriarch Fritz Von Erich, were a royal family of the wrestling business, in particular in the Texas scene. Five of Fritz’s sons became prominent wrestling superstars, with unlimited charisma and athletic ability. But by the time of Fritz’s death at the age of 68, four of his wrestling sons (David, Kerry, Mike, and Chris) had died before him, three by suicide. A fifth son died at the age of 6.

Not exactly a happy story, but one that is made to be told on the big screen. In a surprising bit of news, it’ll be Martha Marcy May Marlene director Sean Durkin telling the Von Erich story. Durkin will write the script, working alongside producers Tessa Ross, Juliette Howell, and BBC Films.

“I’m very excited about this one. It’s another family portrait, about a wrestling family who revolutionised the sport and then suffered tragedy.”


After making waves here at Sundance with the creepy Martha Marcy May Marlene (which introduced us to Elizabeth Olsen), Durkin has pretty much been MIA. He’s back in Park City this year with his long-awaited followup, The Nest.

There are many tragic stories in the world of professional wrestling, but nothing quite like the Von Erichs.  It’s impossible to calculate just how different the entire landscape would be if Fritz’s sons had lived. If you’re interested in learning more about them, the ESPN 30 for 30 doc “Wrestling the Curse” is a good place to start. Also, the Viceland series “Dark Side of the Ring” has a great episode on the Von Erich Curse.