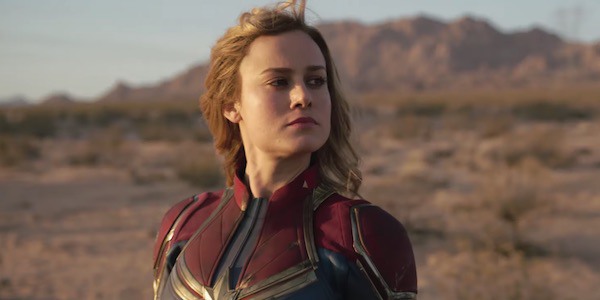 Of the many projects Marvel has coming up, a sequel to Captain Marvel might be the one we know the least about. Well, it was, anyway, because today brings news on the high-flying sequel, beginning with the hiring of WandaVision writer Megan McDonnell.

THR reports McDonnell, a staff writer on the Disney+ series WandaVision, is nearing a deal to pen Captain Marvel 2 and move the action from the ’90s to the present. This actually makes some sense, as the film and TV series are connected by the character of Monica Rambeau. She appeared as a child in Captain Marvel, but will be an adult woman, played by Teyonah Parris (Chi-Raq) in WandaVision and possibly taking on a superheroic persona as Photon, Spectrum, or one of her many other codenames.

With the hiring of McDonnell comes word that Captain Marvel directors Ryan Fleck and Anna Boden won’t return, but are being sought for a future Disney+ series. That’s only surprising because Marvel tends to keep filmmakers around for the long haul, but they may see Fleck and Boden’s indie strengths better-suited to long-form storytelling. I would agree with that. Their best films have always been character studies, something we don’t see much of from the MCU.

Marvel’s plan is to hire a woman to direct Captain Marvel 2, in time for a 2022 release.  Brie Larson will return as the cosmic-powered hero, having driven the first movie to a $1.1B haul.