Richard Gere continues his push for empathic treatment of the mentally ill with Three Christs, a humanist but stilted drama based on the research by psychologist Milton Rokeach in his book, The Three Christs of Ypsilanti. A fascinating study at a time when cruelty was the preferred method of treatment, Rokeach helped popularize the use of group therapy in the care of patients with personality disorders, in this case three paranoid schizophrenics who all believed they were Jesus Christ, just sorta hanging out at the Ypsilanti, Michigan mental institute.

This poses an interesting conundrum that Dr. Alan Stone, played by Gere, is keen on tackling head-on. If there can only be one son of God, then what happens when all of these men are put in the same room? Fireworks!!! Well, not exactly. Stone’s hope is that a little kindness and compassion, rather than electroshock therapy and lobotomies, will help these three men. The trio are skillfully played by Peter Dinklage as the regal Joseph, who longs to return to England; Walton Goggins as the menacing Leon, who demands to be addressed by his righteous name and lusts for Stone’s attractive assistant, Becky (Charlotte Hope); and Bradley Whitford as Clyde, who claims to be “Jesus, but not from Nazareth”, and is twitchy from a personal stench only he can smell. 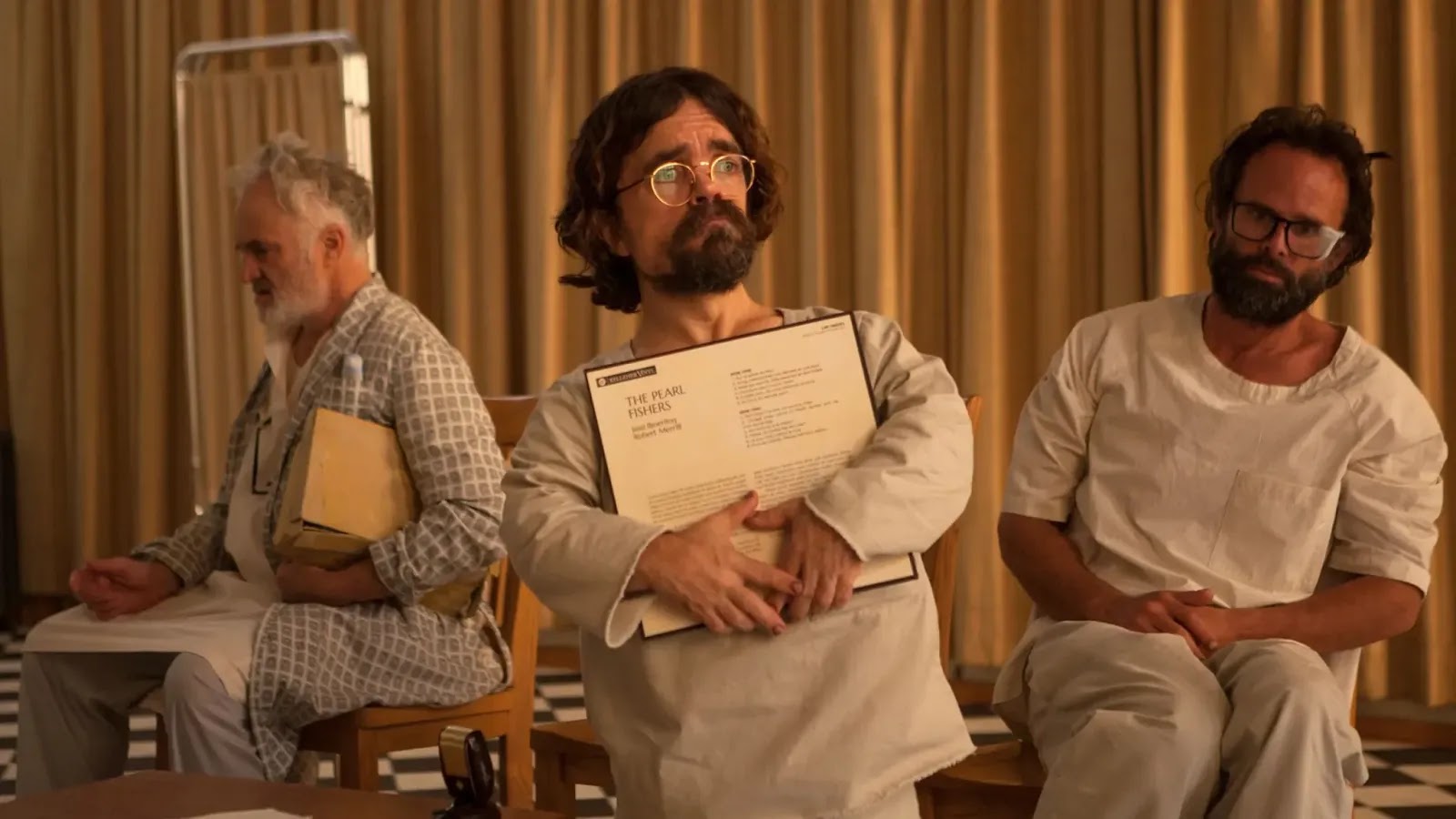 Stone’s simplistic “get them in a room to play cards” approach mirrors the light, airy tone of the film, which matches the style of Fried Green Tomatoes director and co-writer Jon Avnet. The conventional aspects, of which there are many, are a turn from Gere’s underrated 2014 film, Time Out of Mind, which used brutal honesty in its tale of a mentally ill man shuffled in and out of homelessness by an uncaring system. Dr. Stone battles a similarly dismissive system that warehouses the mentally ill rather than treats them, but Three Christs doesn’t do much to address that issue, nor does it really give much focus to the patients themselves, who are individually interesting and even more so when together as they jockey to see who can be the most Christ-like.

Instead, much of the attention is on Stone, and whether or not he himself is suffering from a God Complex. He does seem to be the only person in the entire movie who isn’t fundamentally flawed; whether he’s contending with the hospital’s disruptive, fame-seeking boss (Kevin Pollak), or his brilliant-but-alcoholic wife (Julianna Margulies ). Stone is painted as a little too perfect until the script decides he can no longer be, revealed by a “four Christs” Freudian Slip so obvious it might’ve been an SNL sketch. It’s all part of a third act that slips out of the film’s established comfort zone and into an over-the-top run of suicides, epiphanies, and live-saving theatrics that do the real story a disservice, but are also just predictable and ridiculous for a drama that wants to be taken seriously. 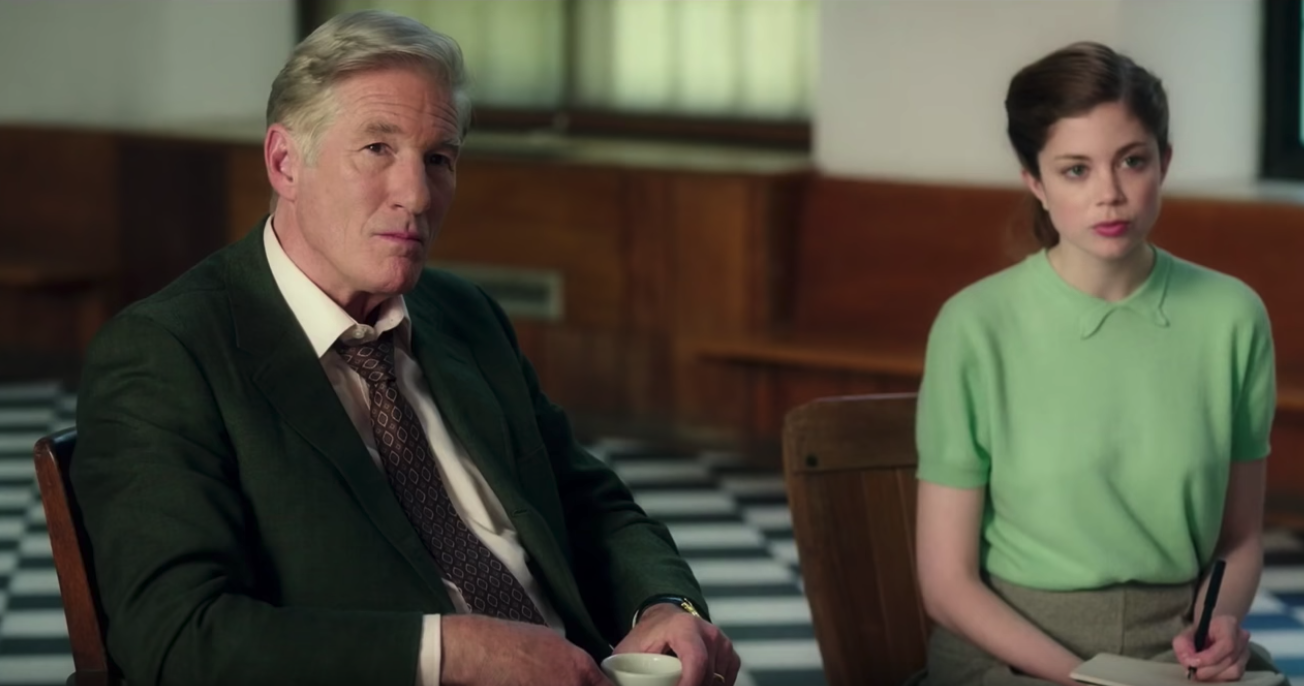 Fortunately, the performances are good enough that Three Christs always keeps our attention, and gives reason for us to empathize with characters whose delusions might have made them cartoonish caricatures. Gere has an agenda with the films he’s making, and it’s a worthy one that is sadly being overlooked. While this movie is imperfect, it doesn’t take away from Gere’s noble intentions. 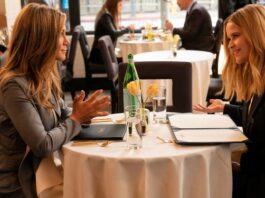 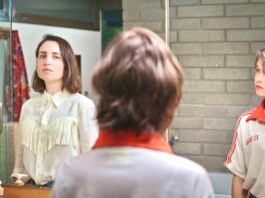 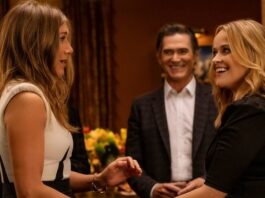