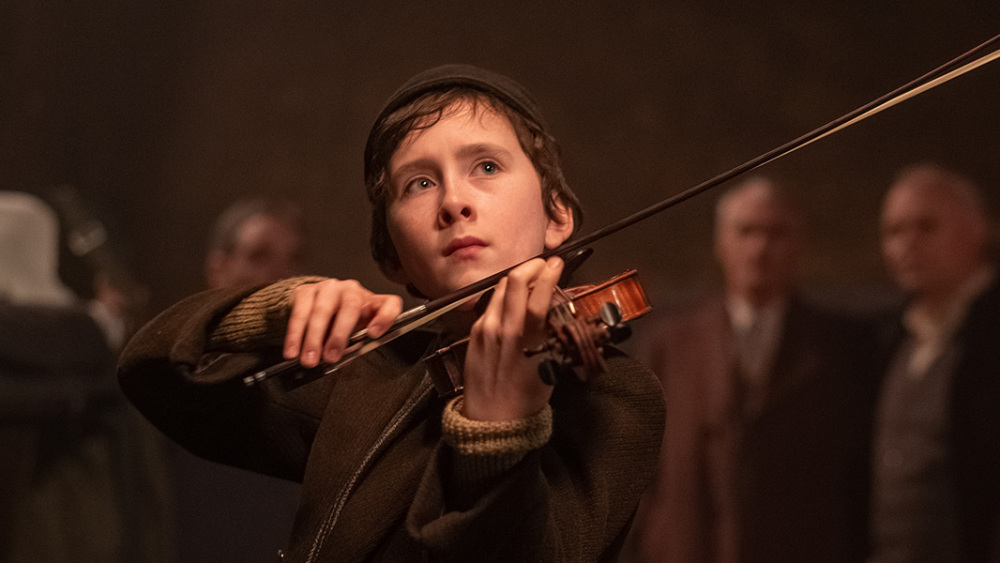 In a day and age where it seems like every year is
highlighted by what addition(s) will be made to the Marvel cinematic universe –
dominating not only much of the box office, but the public’s attention – The Song of Names is a moving drama
that should not be overlooked. Based upon Norman Lebrecht’s novel of the same
name – the film tells the story of Dovidl Eli Rapaport (Luke Doyle), a nine-year-old
violin prodigy whose father has left in the care of Gilbert Simmons (Stanley
Townsend) and his family in London at the start of World War II. The Rapaport family is from Warsaw and Dovidl’s
father wanted to make sure his son was safe and able to continue progressing
his violin skills. Martin Simmons (Misha Handley) is around the same age as
Dovidl and Gilbert is hoping they will develop a relationship. Martin is jealous
of all the attention Dovidl is getting at first, but they quickly develop a
close bond and over the next decade, a brotherhood. 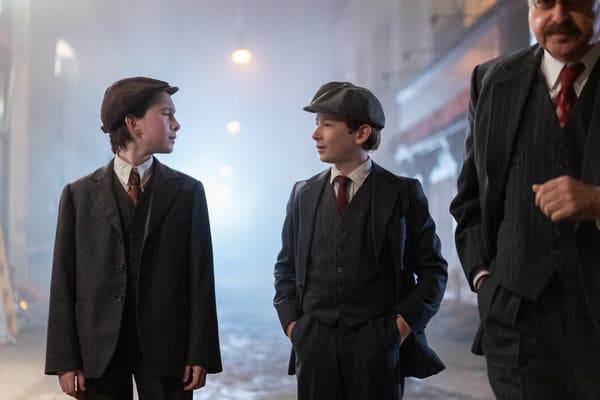 Dovidl continues to hone his musical talents over the years and
his legend begins to grow, culminating in a performance that will have his name
explode onto the international stage when he is 21. Dovidl’s musical talents along with his training, instruments, and him as a person are something that Gilbert has
been invested in for over a decade and this performance will finally make all the time and money worth it. Martin (Gerran Howell), the
rest of the Simmons family, and a packed theater are awaiting Dovidl’s (Jonah
Hauer-King) arrival – but he never comes, seemingly disappearing off the face
of the Earth. 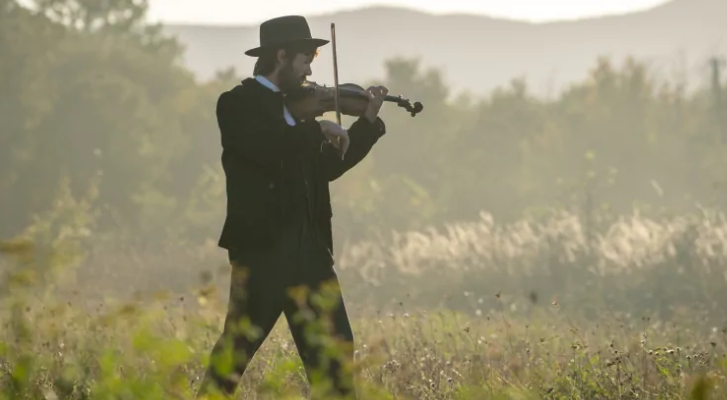 Thirty-five years later and Martin (Tim Roth) is still
haunted by what happened to Dovidl (Clive Owen). Martin notices a strange
mannerism by a young violinist at a music competition he is judging, something
that he had only seen one other person ever do before – Dovidl. This leads
Martin on an international search for his long-lost brother – a search that he
is hoping will finally give him closure and understanding on what happened that
fateful night back in 1951. 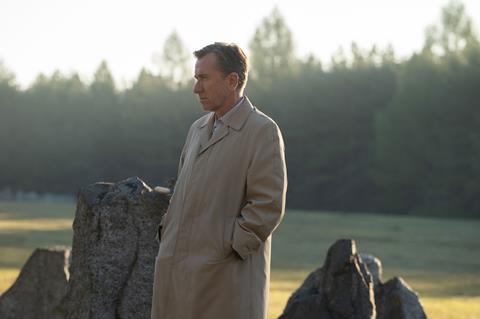 The Song of Names
is a touching film. It is a film about loss, family, what is important in life,
and of course about music. Music has a power over people – it can bring people
together, it can serve to memorialize them and events, and it can pass along a
story and message. The score throughout The
Song of Names by Howard Shore and the solo violin playing by Ray Chen are fantastic.
As the film carried on, I kept wondering about the title. The Song of Names. What did that mean? Well it is not only
something that becomes explained but is incredibly powerful. A song with so
much emotion and raw feeling that it gave me chills. The film’s first act does
drag on a little more, but the second makes up for it. The acting from start to finish is
fantastic and the portrayals of Martin and Dovidl at three separate ages each bring
a unique addition to the film. Director François Girard weaves scenes from the past
and present into the film, almost as if he was creating a symphony himself.
When the end credits roll some may think that the mystery or ‘twist’ wasn’t
shocking enough for them – I didn’t particularly feel that The Song of Names was about that – it was about so much more. I
enjoyed the story, acting, and music and left very satisfied with what I had
seen. If you are looking for a change of pace from the typical blockbuster, The Song of Names won’t steer you wrong –
but it is not a film you need to rush to theaters to see, Netflix will suffice.
Rating: 3.5 out of 5