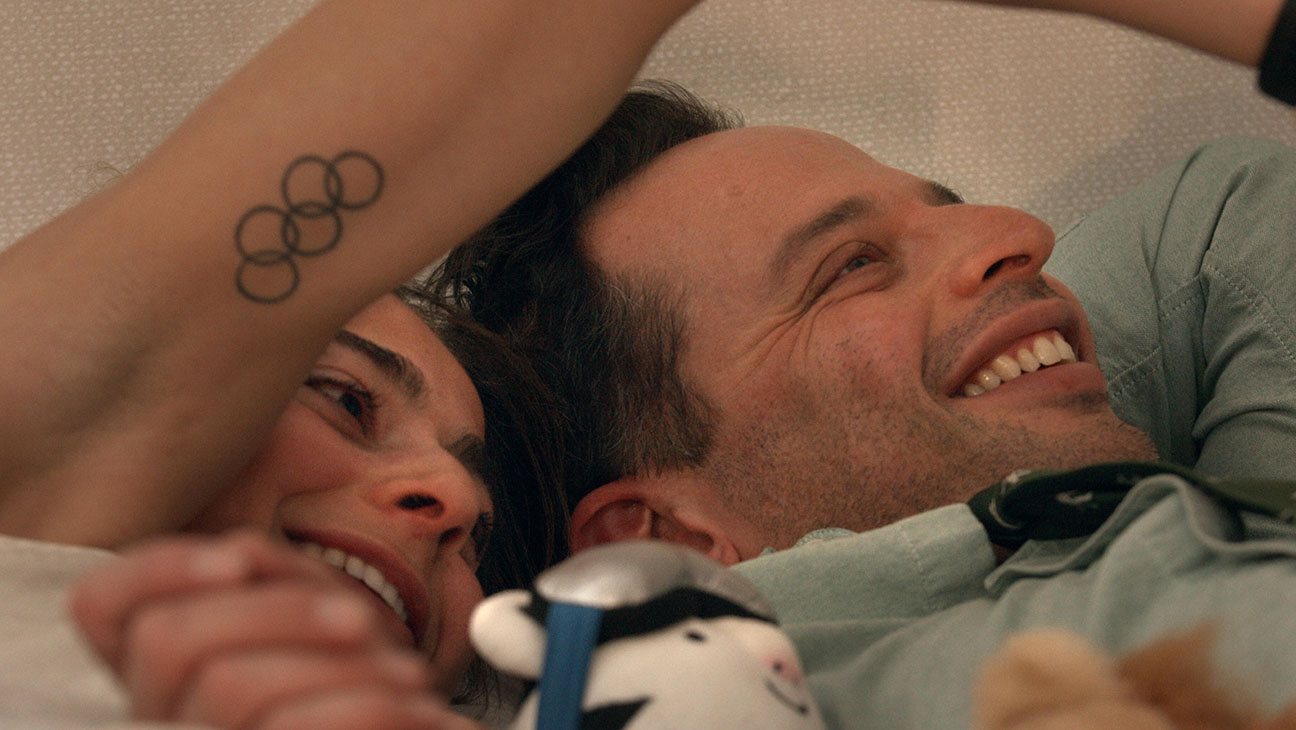 2020 is well underway and I know I speak for everyone when I say that I am waiting with baited breath for the year’s most anticipated event: the 2020 Olympics in Tokyo. We think of the Olympics as a unifying time, countries setting aside differences to come together to compete in various sporting events. However, only the athletes know about the self-doubt, anxiety and even isolation that can take place during that exciting time. Remember, for every three athletes to receive a medal, there are 10s of athletes not on that pedestal.  These ideas are explored in the new film, Olympic Dreams, the first narrative feature filmed in an Olympic village during an Olympic games.  Entirely shot during the 2018 Winter games in PyeongChang, South Korea with just the writers and director with press credentials, this experiment feels more than just a concept film, full of raw emotion and cinema vérité.

The film follows cross country skier Penelope (Alexi Pappas), who  is at a crossroads in her life. In her early twenties, she has reached the pinnacle of her sporting career, yet feels unfulfilled as to what to do next. Focused on her events but still worried about her future, she starts to isolate at the games, fumbling with social interaction and struggling with the weight of being alone. On the flipside, Ezra, an American volunteer dentist, comes to the games to fulfill a dream while his engagement falls apart in the states. An over-talker and over-sharer, he has the opposite problem interacting with others, hilariously failing to connect with athletes during dental exams. After an awkward meeting in the cafeteria, the duo starts to bond, navigating Korean culture, anxiety, and uncertainty together. 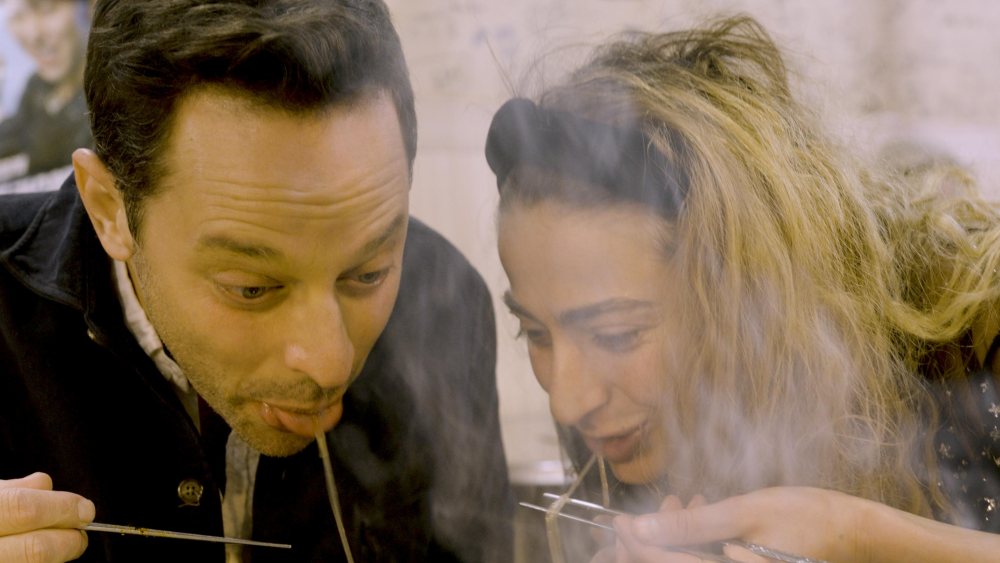 Written by well-known comedian Nick Kroll and indie darlings/husband and wife team of Alexi Pappas and Jeremy Teicher, Olympic Dreams had to be made bare-bones with only essential crew allowed in Olympic Village. This meant only actors Kroll and Pappas, along with Teicher as director, were allowed “on-set.” The actual Olympics themselves from the medical offices to the lounges to the dorms had to come off as authentic as possible to best capture the anxiety and excitement of the greatest sporting event in the world  All the sets, fluorescent lighting, costumes, extras, and even co-stars were part of the 2018 Olympic games, providing a never before seen look into the games through a fictional narrative lens. Real life Olympians Gus Kenworthy (also seen in American-Horror Story: 1984) and Morgan Schild come as close as you can to costars, grounding the story in its premise. Keep in mind that this was filming while the actual games were going on, so to say you shot a whole movie while competing in the ultimate showcase of your sport is pretty impressive. 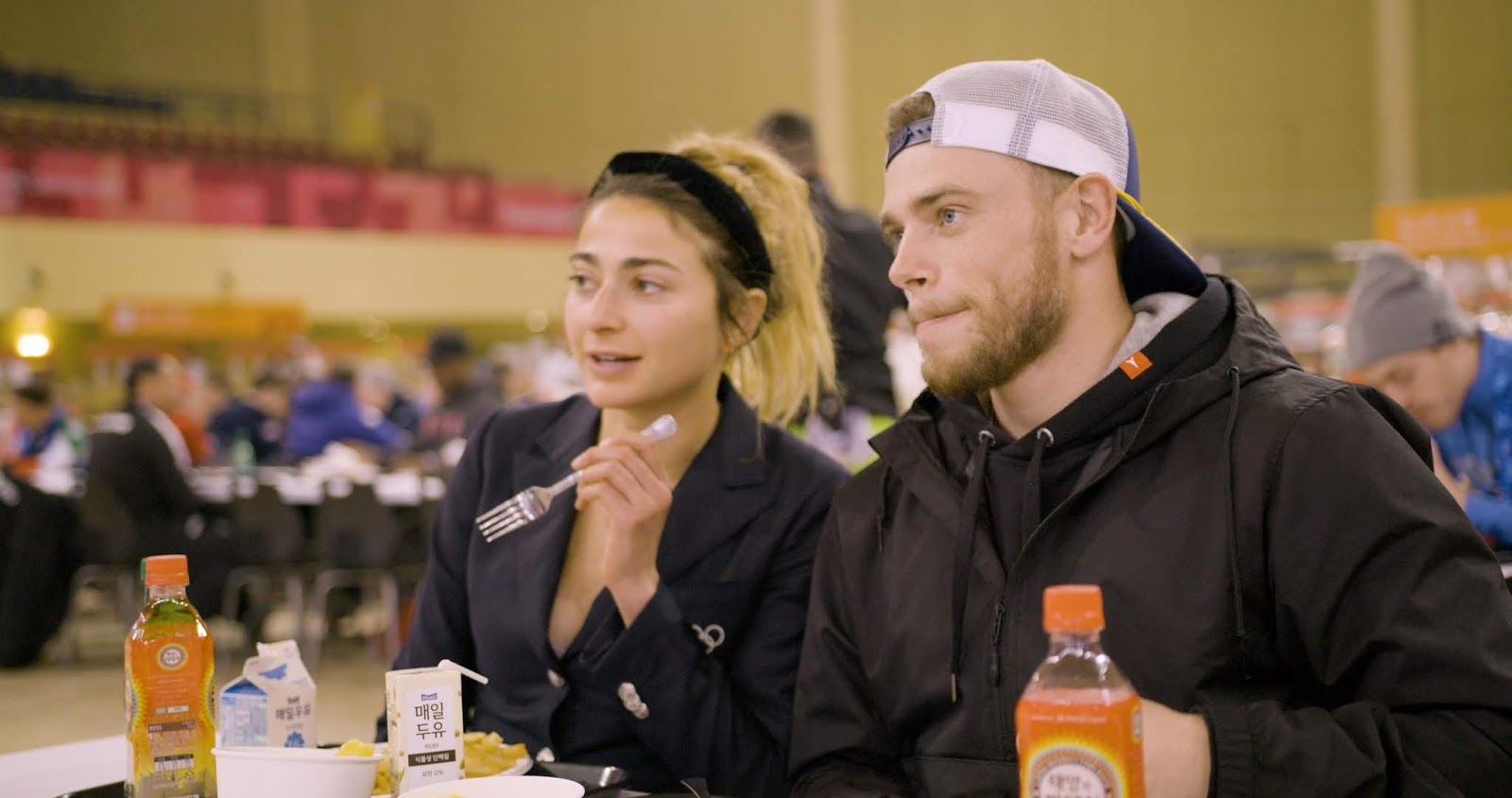 This is not Pappas’s first time at the Olympics, as she competed in the 2016 Summer Olympics for Greece as a runner. This experience clearly influenced her performance as every emotion seems to be naturally painted on her face. Though Kroll might be the friendly face that pulls you into the story, Pappas is the heart of the film, pumping it full of anxiety, apprehension and a sincere earnestness that compels you to keep watching.

The film’s concept could have easily devolved into spectacle is it weren’t for the natural aesthetic and chaos of the real-life event and charm of its leads. This is a result of how the film was made, not recreating an Olympics just for the movie, but creating a story around the real event.  Stripping away the glamour and glory, the film allows us to see another side of the World’s greatest sporting competition. It’s nerve wracking and uncertain, ripe for a story about the human condition and the common anxieties that bind us all together: Where do we go from here? Who will go with me? Even though I’ve accomplished so many things, is this really all there is?  Now what? It would be too easy to say this film is just Lost in Translation at the Olympics, but the well-crafted story and awkwardly sweet relationship and emotion at the film’s center elevate it beyond what it should have been.