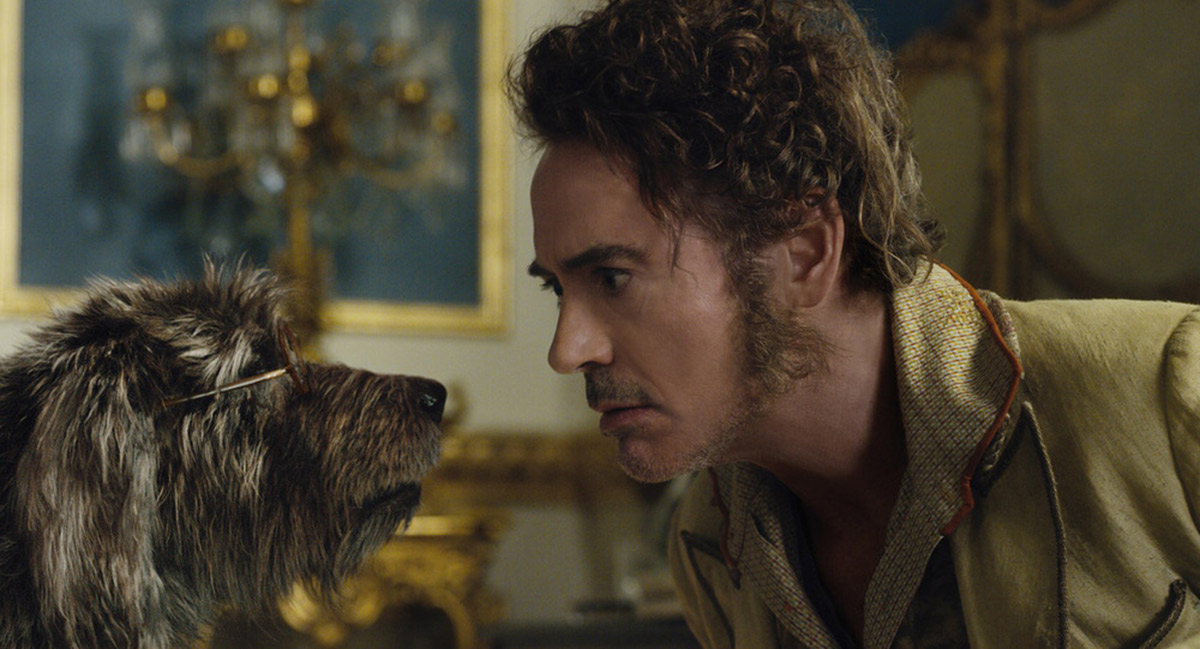 I think the trailers for Dolittle are some of the most confusingng around, at least if you’re only familiar with the character from the series of Eddie Murphy comedies. Based on the many questions I’ve received about this movie, that does seem to be the knowledge many people have. This version, which is led by Robert Downey Jr. as the veterinarian who can talk to his animal friends, doesn’t look like a comedy. It looks like Lord of the Rings. Even the lettering in his name is stylized to resemble Peter Jackson’s films.

The reason for the change in style has to do with this being an adaptation of author Hugh Lofting’s second Dolittle novel, The Voyages of Doctor Dolittle, which was targeted at older audiences. That also explains the decision to hire director Stephen Gaghan, who is primarily known for serious dramas such as Traffic, Syriana, and Gold. That decision, we learned some months ago, did not lead to a smooth production. Test screenings went poorly, and Gaghan saw extensive reshoots largely taken out of his hands and members of the crew destroying him in public.

SYNOPSIS: After losing his wife seven years earlier, the eccentric Dr. John Dolittle (Downey), famed doctor and veterinarian of Queen Victoria’s England, hermits himself away behind the high walls of Dolittle Manor with only his menagerie of exotic animals for company. But when the young queen (Jessie Buckley, Wild Rose) falls gravely ill, a reluctant Dolittle is forced to set sail on an epic adventure to a mythical island in search of a cure, regaining his wit and courage as he crosses old adversaries and discovers wondrous creatures.