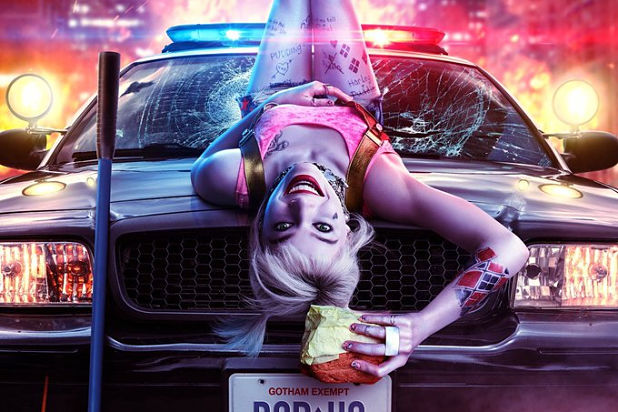 There’s been a concerted movement to distance Harley Quinn away from the Joker, whether it be in comics or in the character’s animated series. Part of the reason is, frankly, both characters have found their recent popularity spike when separate from one another. That is except for Jared Leto’s version of Joker, which we saw in Suicide Squad. That version almost nobody liked, and while there was some question whether he would appear in the upcoming Birds of Prey film, Margot Robbie confirms that won’t be the case.

Speaking with Variety, Robbie says you won’t be seeing Mr. J show up in Birds of Prey, which finds Harley Quinn out on her own for the first time. The “girl gang” film will see her teamed up with a crew of badass ladies, including Black Canary (Jurnee Smollett-Bell), Huntress (Mary Elizabeth Winstead), Renee Montoya (Rosie Perez), and Cassandra Cain (Ella Jay Basco).

Robbie does speak highly of Joaquin Phoenix’s performance in Joker, calling it “phenomenal”, but doesn’t say whether she likes it better than Leto’s. I think I know the answer.

One thing Birds of Prey and Joker do share is an R-rating, which Robbie says took “a lot of convincing” to get Warner Bros. to pull the trigger. You’d think they’d be more amenable to the idea given the success of Joker, Deadpool, and Logan, but maybe they see greater risk in an all-female team movie that Robbie says is very different from the rest…

“I feel like the ‘Joker’ film was much more grounded. Ours is different. It’s heightened,” Robbie said.