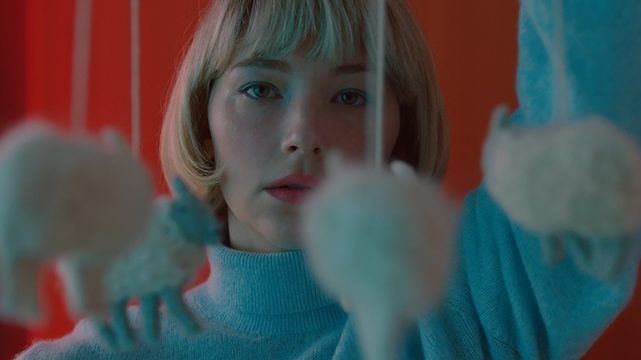 I’ve been a big fan of Haley Bennett’s since her starring role in Gregg Araki’s Kaboom, and since then she has gone on to give a number of impressive performances in The Girl On the Train, The Equalizer, The Red Sea Diving Resort, and more. But it was in the Tribeca-debuting film Swallow where Bennett (a dead-ringer for a young Cate Blanchett) has received some of the best reviews of her career, and now we can see a little of it for ourselves.

You know how pregnant women sometimes get the oddest food cravings? Well, Swallow is sorta like that, only Bennett plays a pregnant woman who suddenly develops a case of pica, which is a disorder that causes cravings to eat inedible objects. Yeah, it’s a real thing. The film is written and directed by first-timer Carlo Mirabella-Davis. Austin Stowell, Elizabeth Marvel, David Rasche, Lauren Velez, and Denis O’Hare o-star.

SYNOPSIS: Pregnant housewife Hunter (Haley Bennett) suddenly develops a case of pica—a psychological disorder involving the desire to consume inedible objects. The more her husband and his family try to stop her compulsions, the gruesomely deeper she falls into this harmful obsession until her perfect home becomes a patriarchal prison.