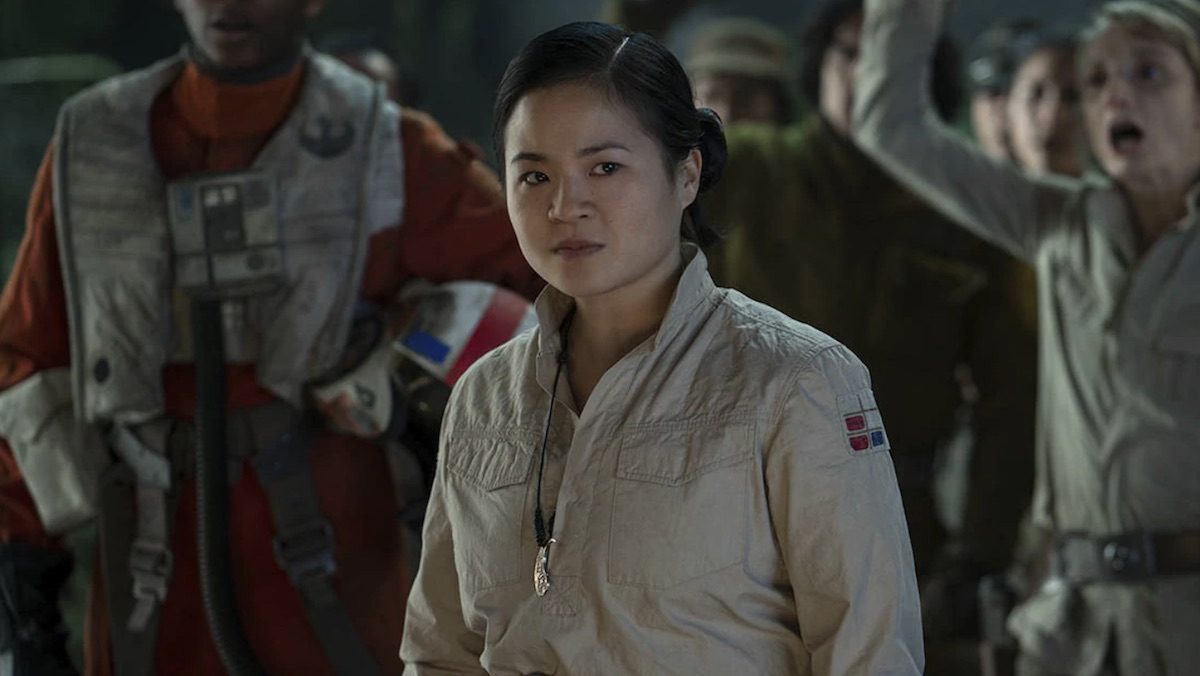 Star Wars: The Last Jedi is now two weekends old, and so far it’s doing pretty well at the box office. That’s not surprising; even with another split between fans and critics, just as we saw with The Last Jedi, that’s not going to keep it from being a massive hit. That said, there’s a lot which has fans angry, particularly the handling of story elements and characters established by Rian Johnson, but quickly discarded by JJ Abrams and Chris Terrio. One of those is the minimizing of Kelly Marie Tran as Rose Tico, who was integral piece of the team in the last movie, but was left behind to “study” this time.

Many have seen this as an attempt to appease the toxic fandom who reacted to Rose with such venom in The Last Jedi. They were so awful Kelly Marie Tran abandoned social media due to all of the bullying she received. But according to Terrio in an interview with AwardsDaily, Rose’s smaller role is due to problems they had coordinating the unused footage they had of Carrie Fisher as Leia…

“Well, first of all, J.J. and I adore Kelly Marie Tran. One of the reasons that Rose has a few less scenes than we would like her to have has to do with the difficulty of using Carrie’s footage in the way we wanted to. We wanted Rose to be the anchor at the rebel base who was with Leia. We thought we couldn’t leave Leia at the base without any of the principals who we love, so Leia and Rose were working together.”

“As the process evolved, a few scenes we’d written with Rose and Leia turned out to not meet the standard of photorealism that we’d hoped for. Those scenes, unfortunately, fell out of the film. The last thing we were doing was deliberately trying to sideline Rose. We adore the character, and we adore Kelly – so much so that we anchored her with our favorite person in this galaxy, General Leia.”

That may sound like Terrio blowing smoke, but Tran definitely did have some of her scenes cut. Back in November she alluded to scenes she had alongside Daisy Ridley’s Rey, but in the theatrical cut they don’t cross paths at all.

I don’t know what’s true and what’s not, the only thing that matter is what made it to the screen, and Rose was barely a factor. For me, that hurt my enjoyment greatly. Others may not care, and that’s fine. Perhaps Rose will get her due in a future Star Wars project?