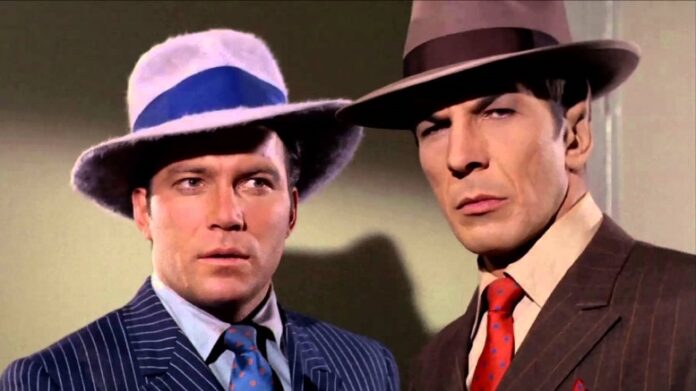 If you’ve been wondering where the Star Trek film franchise would boldly go next, you’re going to have to wait. While a trio of movies have been in various stages of development, the one that had the greatest shot of actually happening was a reboot by Fargo creator Noah Hawley. And even that didn’t seem to be going anywhere, really. Well, for now it’s going absolutely nowhere, as Paramount has put the movie on hold.

Deadline reports new Paramount president Emma Watts has put Hawley’s Star Trek movie on the shelf until the future of the franchise can be assessed. The two other projects being considered is one that brings back the cast of J.J. Abrams’ movies, and was planned as a directing vehicle for S.J. Clarkson; the other is an R-rated movie written by Mark L. Smith (The Revenant) and once-eyed for Quentin Tarantino to direct. Tarantino dropped out to pursue other things, but the project is apparently still viable.

So what’s the reason for Hawley’s film being put on ice? Well, the Star Trek movies haven’t been lighting it up at the box office lately, and the brand has found much greater success in series form on CBS All Access.  It probably doesn’t help that a deadly virus is at the center of the story Hawley wants to tell. Could there be a worse time for something like that?

Speaking of timing, we now have some details on when Tarantino’s Star Trek film would’ve been set. Apparently, it was a largely Earthbound story taking place in the 1930s gangster era, and based on a classic Star Trek episode.  I’m only a moderate Trekker but that sounds like the season 2 episode “A Piece of the Action” in which the crew land on a planet where the locals are living like gangsters from the 1920s.

Tarantino. Gangsters. Trek. Count me in. Too bad if it does happen it’ll be with a different filmmaker.