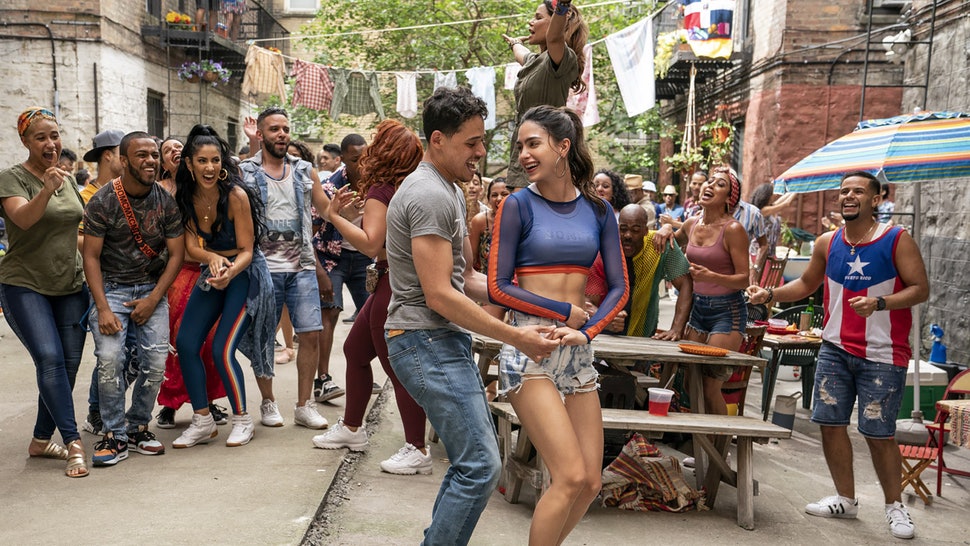 So what will you have accomplished by the time you hit 40? At the age of 39, Lin-Manuel Miranda has won a Tony, an Emmy, a Grammy, and earned an Oscar nomination. He even has a Pulitzer Prize. While it’s only a matter of time before his cultural phenomenon, Hamilton, gets adapted for the big screen, his first big Broadway hit In the Heights comes first, and today brings the musical’s first trailer.

A winner of four Tony Awards, In the Heights takes place over three days in the largely Hispanic-American neighborhood of Washington Heights in New York City. While Miranda starred in the original stage version, the film will be led by Anthony Ramos, who played key roles in Hamilton and has since made his move to the screen in Monsters and Men, A Star is Born, and Godzilla: King of the Monsters.  He’s surrounded by a cast that includes Leslie Grace, Corey Hawkins, Jimmy Smits, Stephanie Beatriz, Marc Anthony, and Melissa Barrera.

If the musical numbers have a familiar energy it’s because Jon Chu is behind the camera, known for his work on the Step Up franchise. Of course, he’s done a lot more than that, including GI Joe: Retaliation, Now You See Me 2, and Crazy Rich Asians.

SYNOPSIS: A feature version of the Broadway musical, in which a bodega owner has mixed feelings about closing his store and retiring to the Dominican Republic after inheriting his grandmother’s fortune.