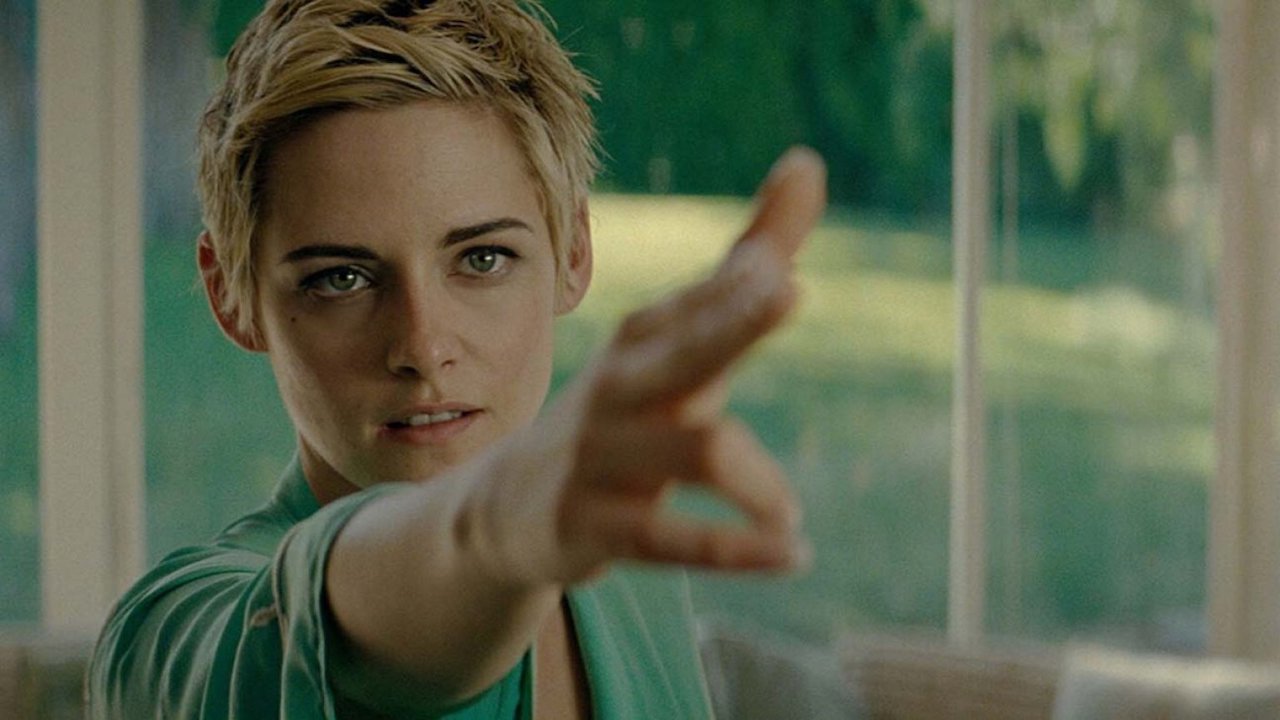 Perspective is everything. A great movie can be ruined if the story is told from a perspective that undercuts its strengths. Such is the case with Seberg, which takes the compelling true story of liberal actress and activist Jean Seberg, a target of Hoover’s FBI, and sidelines it in favor of one of her pursuers. It’s an unusual choice by director Benedict Andrews and the writing duo of Anna Waterhouse and Joe Shrapnel, but fortunately for them they have Kristen Stewart holding it together as best she can.

Stewart plays Jean Seberg, the French New Wave icon whose 1960 film Breathless cemented her as a giant of the movement. Seberg saw herself as “woke”, and to a certain extent she was, sympathizing with political groups considered radical at the time, primarily the Black Power Movement. She donated much of her wealth to their cause, attending their functions and becoming a close friend, then lover to controversial leader Hakim Jamal (Anthony Mackie). But this also made her a focus of the FBI’s COINTELPRO operation, which had her under intense surveillance, and set out on a campaign to smear her in the press and harass her at every turn. 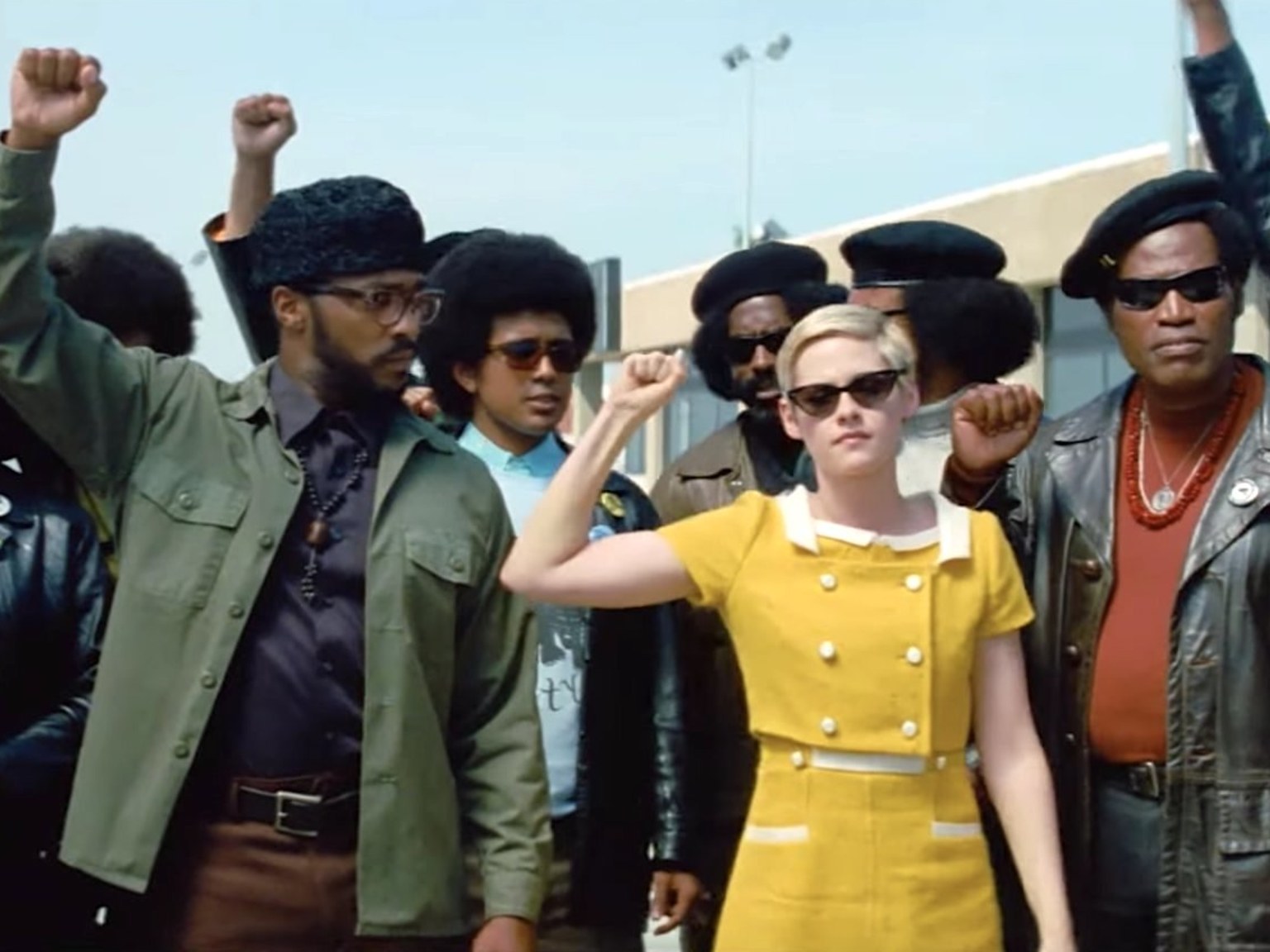 Seberg is a terrific story, one that approaches governmental corruption and abuses of power in a way very similar to Clint Eastwood’s Richard Jewell. Interesting that two movies covering much of the same ground are opening in the same week. And the film is truly captivating when focused on the impact the FBI’s disinformation campaign has on Jean Seberg professionally and personally, with Stewart capturing her slow descent into madness. Lies are spread about her that have a deteriorating effect on her grip with reality, and it’s heartbreaking to watch, especially because Stewart fleshes her out so well in fairly limited time. What’s interesting about the Seberg portrayal is that, while she is someone who genuinely seems to care about the causes she champions, she’s also very shallow and easy to manipulate. Jamal is someone who had a reputation for taking advantage of wealthy white women and bringing them over to his cause (Gale Benson, for one, which ended violently), and Seberg was an easy mark.

So then why is so much of the attention centered on a fictional character, conflicted FBI agent Jack Solomon (Jack O’Connell), who goes along with but regrets the destruction he has done to Seberg and her family? We follow Jack as he lives the life of a company man; we see his boring by-the-numbers marriage (with Margaret Qualley wasted as his new wife) and are supposed to sympathize with him, but he’s not particularly interesting. Nor is he the one having vicious rumors spread about him by the most powerful government entity in the country, so….why do we care about him and his internal struggles? There’s no tension in his story; but it all comes back the moment Seberg returns to focus, as she tries to hold on to her marriage, her career, and being a mother. It’s no wonder she starts to crack. 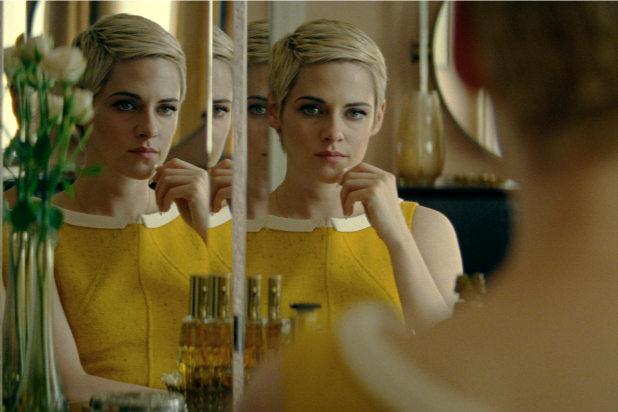 Also of little use in this movie is Vince Vaughn in a bland role as a racist agent who just wants to see Seberg destroyed. Zazie Beetz doesn’t fair much better as Jamal’s jealous wife, with Mackie not being given much to work with, either. Lots of star power that could’ve been put to better use.

There’s a better movie about Jean Seberg out there that’s dying to be made. Maybe the best that’ll come from Seberg is that someone else will pick up the mantle and do it justice. Sadly, what’s going to be lost is another great performance by Stewart in a film that few will see and less will remember.