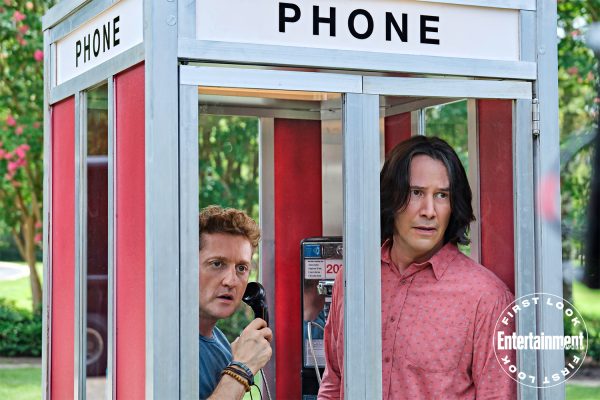 I can’t believe this is actually happening, but the first images from Bill & Ted Face the Music are here. No more denying the much-anticipated sequel’s existence.  Keanu Reeves and Alex Winter are reunited as Theodore “Ted” Logan and William “Bill” S. Preston, Esq., who are much older but probably not much wiser.  What kind of movie would it be if they were?

The images reveal the two dudes looking confused in a…what is that thing? A phone booth? We also see the return of William Sadler as Death. More importantly, we see Ready or Not‘s Samara Weaving as Bill’s daughter Thea, and Brigette Lundy-Paine as Ted’s daughter Billie. Kid Cudi is there, as well, playing himself as he gets tossed around through time.
The film is directed by Dean Parisot (Galaxy Quest) from a script by Bill & Ted creators Ed Solomon and Chris Matheson. They’ve been holding onto this plot for ages, too.
SYNOPSIS: Following 1989’s Bill & Ted’s Excellent Adventure and 1991’s Bill & Ted’s Bogus Journey, the stakes are higher than ever for William “Bill” S. Preston Esq. (Winter) and Theodore “Ted” Logan (Reeves).  Yet to fulfill their rock and roll destiny, the now middle-aged best friends set out on a new adventure, when a visitor from the future warns them that only their song can save life as we know it and bring harmony to the universe.  Along the way, they will be helped by their families, old friends and a few music legends. 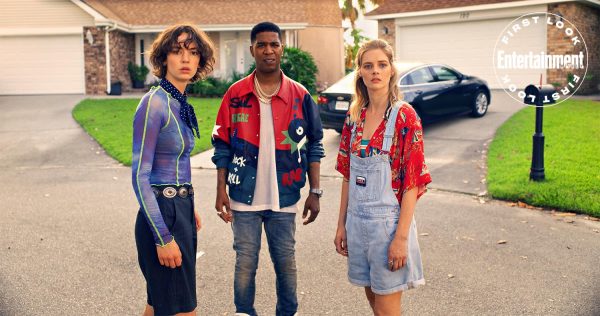 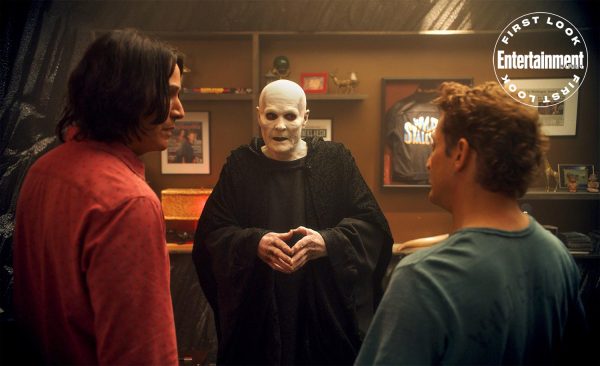