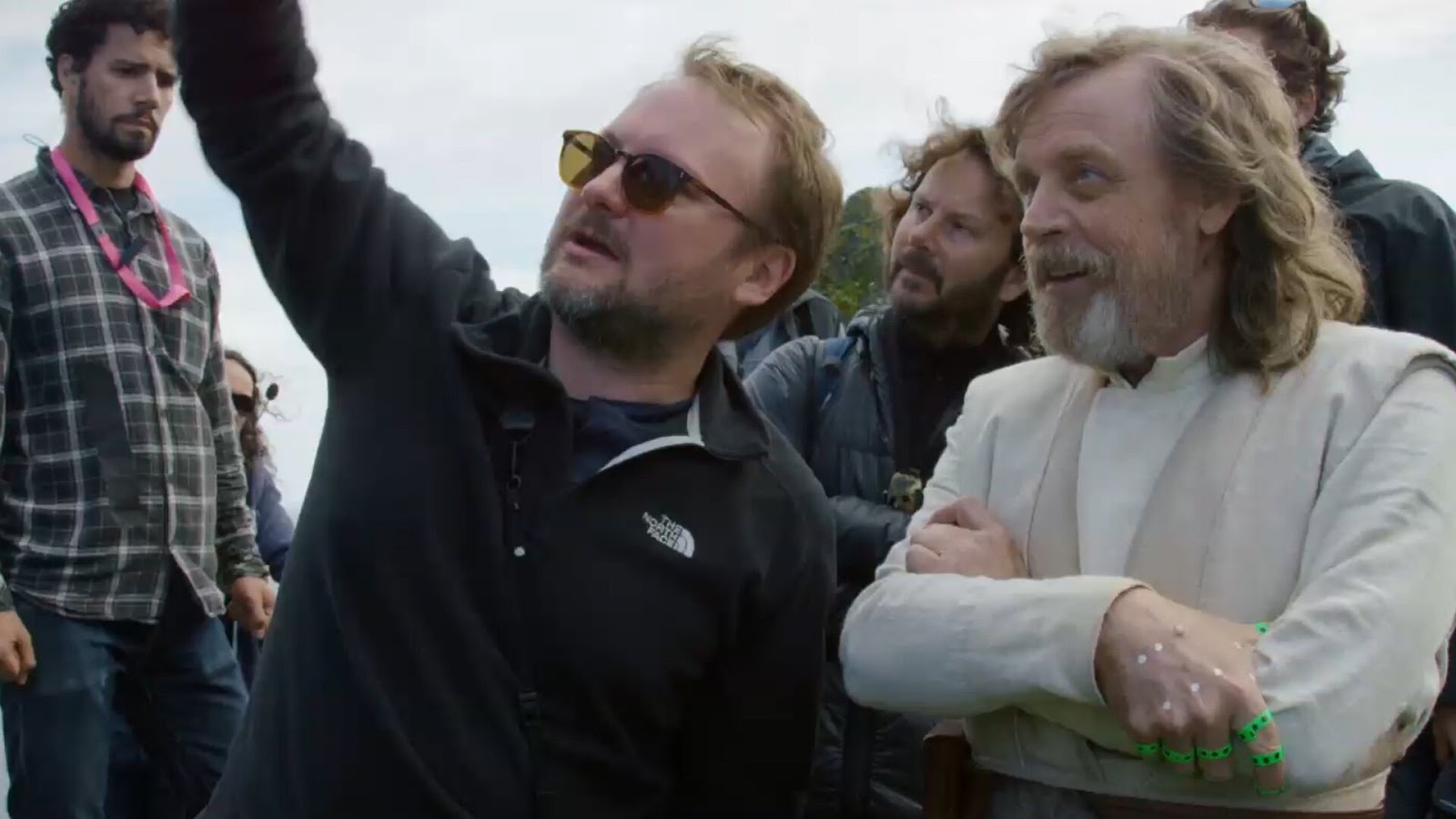 Over the last couple of weeks we’ve seen creators and stars alike take potshots at Rian Johnson’s Star Wars: The Last Jedi. The film, which was a huge hit and critically-acclaimed, was also polarizing among fans for going in unexpected directions. People are still pretty upset about the risks Johnson took. Don’t even think about defending him on Twitter or you can say goodbye to your @’s.

Well, Johnson got a chance to fire back, mere days before the release of The Rise of Skywalker, a film that many expect to retcon away what was done in The Last Jedi. Speaking on the Swings & Mrs. show, Johnson says movies should do more than just give fans what they think they want…
“Even my experience as a fan, you know, if I’m coming into something, even if it’s something that I think I want, if I see exactly what I think I want on the screen, it’s like, ‘Oh, okay,’ it might make me smile and make me feel neutral about the thing and I won’t really think about it afterwards, but that’s not really going to satisfy me… I want to be shocked, I want to be surprised, I want to be thrown off-guard, I want to have things recontextualized, I want to be challenged as a fan when I sit down in the theater… What I’m aiming for every time I sit down in a theater is to have the experience with Empire Strikes Back, something that’s emotionally resonant and feels like it connects up and makes sense and really gets to the heart of what this thing is and in a way that I never could have seen coming.”

Having literally just walked out of The Rise of Skywalker minutes ago, I don’t want to say too much. All I’ll say is that it’s good Johnson got to create something new, original, and completely his own in Knives Out.   As for the next Star Wars movie from JJ Abrams, it opens on December 20th and you will have my review tomorrow morning.