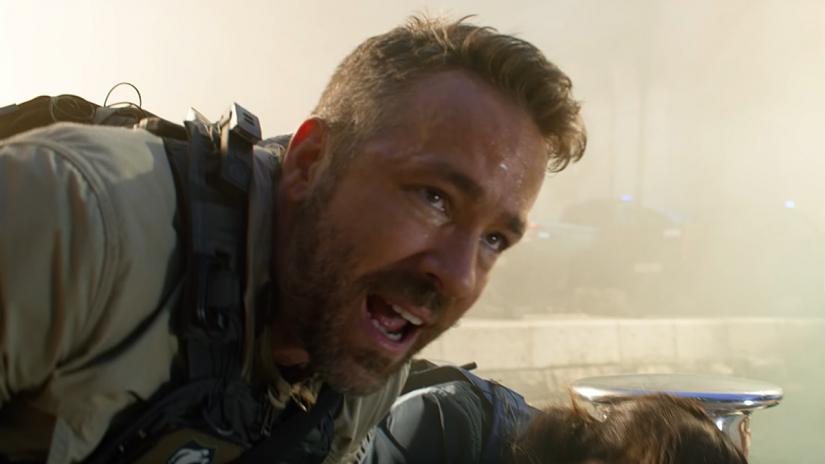 Oh, it’s yet another trailer for 6 Underground, the Netflix action flick that Ryan Reynolds swears is Michael Bay’s most Michael Bay film ever? You’ll be able to stream it this weekend, but Netflix, which ponied up an insane $150M for Bay to blow shit up, REALLY need you to watch this thing so they’re reminding you one more time.

And to be fair, it looks kinda fun. Reynolds, Melanie Laurent, Adria Arjona, Corey Hawkins, Manuel Garcia-Rulfo, and Ben Hardy comprise a team of vigilantes who fake their own deaths in order to better fight the world’s most notorious criminals.

Netflix has invested a lot in this, and for good reason. While they’ve managed to change the perception they can’t deliver prestige, awards-worthy dramas, they’re still figuring out how to do blockbuster-sized action flicks.

What’s the best part of being dead? It isn’t escaping your boss, your ex, or even erasing your criminal record. The best part about being dead…is the freedom. The freedom to fight the injustice and evil that lurk in our world without anyone or anything to slow you down or tell you “no.” 6 Underground introduces a new kind of action hero. Six individuals from all around the globe, each the very best at what they do, have been chosen not only for their skill, but for a unique desire to delete their pasts to change the future. The team is brought together by an enigmatic leader (Ryan Reynolds), whose sole mission in life is to ensure that, while he and his fellow operatives will never be remembered, their actions damn sure will.