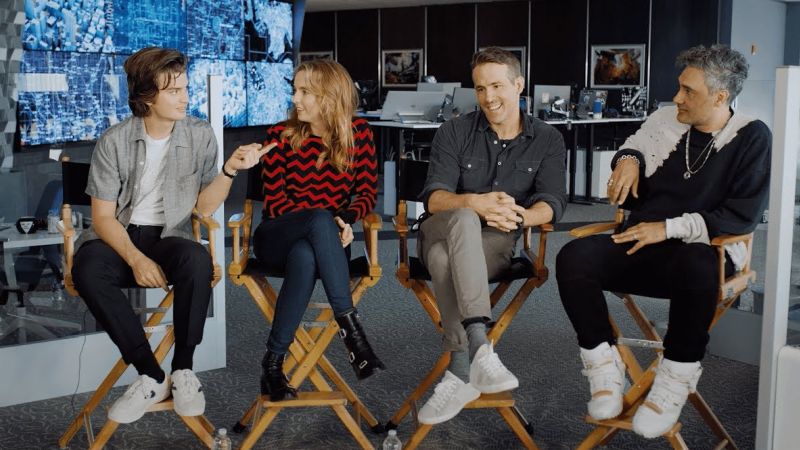 How much fun must it have been on the set of Free Guy? I mean, the film stars Ryan Reynolds and Jojo Rabbit director Taika Waititi, plus Stranger Things fan-favorite Joe Keery and Emmy winner Jodie Comer. Seriously, they don’t even need to release the movie, just outtakes from the production and that would be cool.

In the new featurette for Free Guy we see some of the funny banter between Reynolds and Waitii, who hilariously pretend they’ve never met one another. Oh, but they definitely have as their young co-stars remind them, since both starred in the panned 2011 Green Lantern movie. They played best friends in it, actually, so yeah, they’ve met.

It’s a funny bit that’s better seen than read, so check it out below. As for Free Guy, it’s directed by Shawn Levy with a script by Matt Lieberman and Zak Penn.

SYNOPSIS: The hi-tech action comedy “Free Guy” is the unconventional story of a lonely bank teller who discovers he is actually a background character in the brutal open-world videogame Free City.