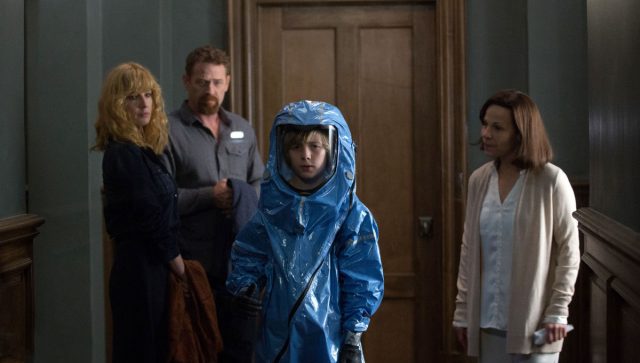 Once again, Netflix has swooped in to the rescue of a project that may have never seen the light of day. Eli is the third film from director Ciarán Foy, who made a splash in 2012 with the psychological horror Citadel, before moving on to franchise sequel Sinister 2. Those films easily placed Foy high on the list of rising star genre directors, but his third movie Eli has been sitting on the shelf for nearly a year as Paramount struggled to market it. Enter Netflix, who have not only released the new trailer but have set a release date just a couple of weeks away.

Eli is penned by The Autopsy of Jane Doe writers Ian Goldberg and Richard Naing, with a cast led by Charlie Shotwell (Captain Fantastic), Sadie Sink (Stranger Things), Max Martini (Pacific Rim), Kelly Reilly (Calvary), and Lili Taylor (The Conjuring).  The story takes place in a haunted clinic where a young boy with a rare disease is receiving treatment.

SYNOPSIS: ELI is the story of a young boy (Charlie Shotwell) plagued with an unknown, debilitating illness that requires him to live completely sealed off from the outside world. After exhausting every option, his parents (Kelly Reilly and Max Martini) put their trust – and his life – in the hands of a doctor (Lili Taylor) whose experimental, cutting edge treatments at her clean house facility may hold Eli’s last hope. As Eli undergoes the tremendously intense process that could potentially cure him, he begins to be haunted by experiences that make him question who he can trust and what is lurking inside the house. Co-starring Sadie Sink.

Eli comes to Netflix on October 18th, just in time for Halloween.