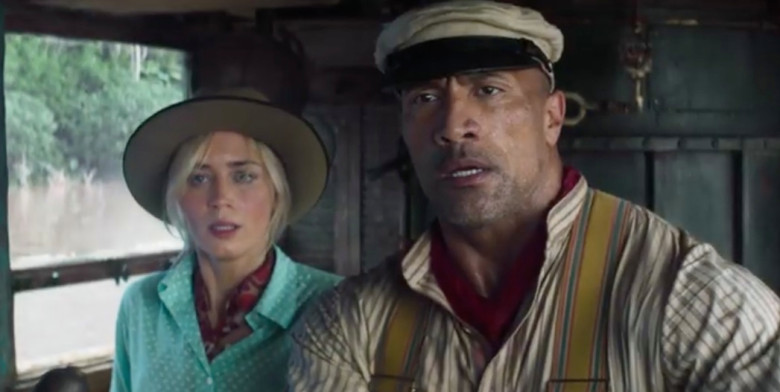 The Jungle Cruise trailer is here! What’s a Jungle Cruise? It’s Disney’s latest stab at making a movie based on a theme park ride, and why the Hell not? It worked for Pirates of the Caribbean, didn’t it? Based on this trailer, Disney is hoping to hit the same comedy, action, adventure sweet spot that has earned them billions at the box office.

Jungle Cruise stars Johnson as a riverboat captain ferrying a researcher and her brother into the dangerous Amazon jungle to find a magical healing tree. Disney has paired Johnson up with Emily Blunt, who has been pretty great for them in Mary Poppins Returns and Into the Woods, along with Jack Whitehall, Jesse Plemons, Edgar Ramirez, and Paul Giamatti.

Behind the camera is Jaume Collet-Serra, who I think has been waiting for his big franchise movie since breaking out with 2009’s Orphan.  There’s talent on the script, as well, with Glenn Ficarra and John Requa (Crazy Stupid Love) joined by Michael Green (Logan).

Will Jungle Cruise be Disney’s next Pirates of the Caribbean? Or will it be The Haunted Mansion?  We’ll find out when it opens on July 24th 2020.