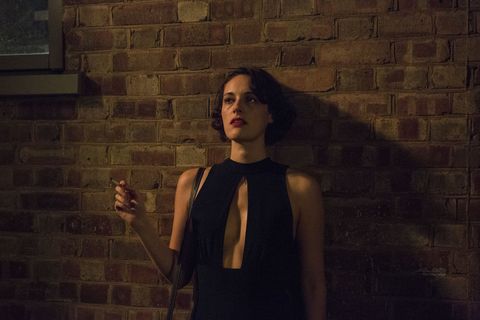 Phoebe Waller-Bridge’s epic 2019 continues to soar. Following her Emmy wins for Fleabag and the continued success of Killing Eve, she’s also been helping on the script for James Bond film No Time to Die. And it looks as if she’s been doing a bang-up job, because rumors are she may be sticking around for the long haul.

According to DailyMail’s ultimate Bond scooper, Baz Bamigboye, Waller-Bridge is producers’ top choice to write Bond 26. Of course, this is a very long ways off, as the report notes. It took forever for them to get shit together on No Time to Die, and that’s when star Daniel Craig requested Waller-Bridge be brought on to give the script a female’s touch. Makes sense considering this film has the first woman ever designated 007.

So who knows what the landscape will look like when it’s time for Bond 26 to get moving. Craig isn’t expected back, and so one has to think an even longer time will be required just to find his replacement. That decision has to have an impact on the story and thus who is going to write it. We’ll see if that ends up being Waller-Bridge or not, but the prospect of it is pretty exciting.