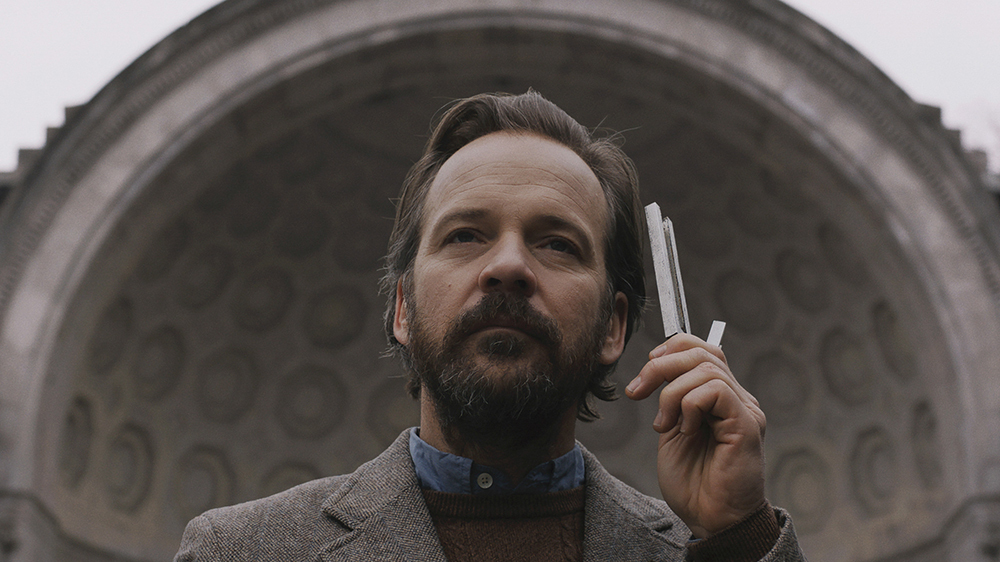 When asked who you wanted to be when you grew up, did you answer “house tuner”? Probably not since it’s a totally made-up occupation, but you wouldn’t know it by checking out the trailer for The Sound of Silence. The directorial debut by Michael Tyburski stars Peter Sarsgaard as scientist Peter Lucien, who adjusts the sonic environment of homes.

Tyburski co-wrote the script with Ben Nabors, based on the latter’s short story. Sarsgaard’s character tunes homes to help affect moods. Rashida Jones plays Ellen Chasen, whose home is proving to be a problem he can’t solve. The film also stars Alex Karpovsky, Tony Revolori, Kate Lyn Sheil, Austin Pendleton, and Bruce Altman.
SYNOPSIS: There are a symphony of almost undetectable sounds that make up a moment of silence, and Peter Lucian (Peter Sarsgaard) is determined to catalogue them all. Through his job as a New York City “house tuner,” the hyper-methodical Peter works meticulously to diagnose the discordant ambient noises-produced by everything from wind patterns to humming electrical appliances-adversely affecting his clients’ moods. When he takes on the particularly difficult case of Ellen (Rashida Jones), a lonely woman plagued by chronic exhaustion, Peter finds that the mysteries of the soul may be even greater than the mysteries of sound.
This is a totally weird concept for everybody but Sarsgaard, who seems to gravitate to offbeat films like this. It reminds me a little bit of his role in Experimenter, which like this also debuted at the Sundance Film Festival.
The Sound of Silence hits NY/LA theaters and VOD on September 13th via IFC Films.