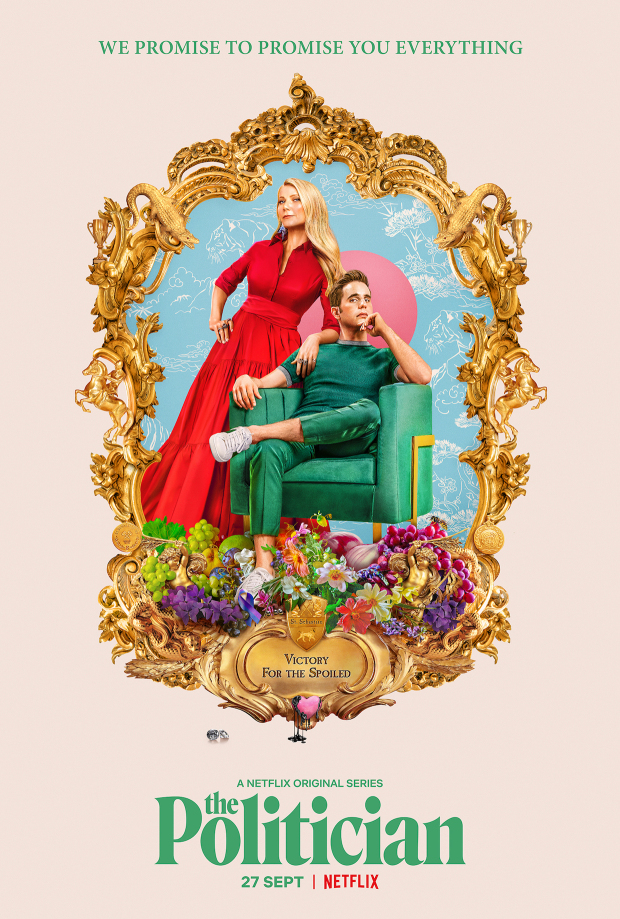 The closest thing we’re likely to ever get to an Election TV series, Ryan Murphy’s The Politician is about a hyper-ambitious high schooler with dreams of being the President. It’s the first series Murphy has done for Netflix since he signed a whopping $300M deal, with the streamer hoping he creates hits the size of his previous shows such as Glee, American Crime Story, and American Horror Story.

Tony Award winner Ben Platt plays Payton Hobart, and if he sounds douchey just wait until you see him in the new trailer. Payton has known since the age of 7 that he would be POTUS someday, but first he has to get through high school and a contentious campaign for student body President. And this thing gets nasty real quick. Besides Payton’s calculated move to name a cancer patient with “high approval ratings” as his running mate, there are assassination attempts and the spreading of vicious smears.

Murphy pulled out the big guns for this one, too. Besides Platt, who most will recognize from his role in Pitch Perfect, the series includes Gwyneth Paltrow, Zoey Deutch, and Jessica Lange, who gets to use the term “butt-munch”. Need I say more?

Murphy co-created The Politician with Brad Falchuk and Ian Brennan, and they were inspired in part by stories of Ivanka Trump and Jared Kushner, who Murphy called in a recent interview  the “satanic poster boy and girl for privilege and nepotism.”

The Politician hits Netflix for an 8-episode first season beginning September 27th. This being an anthology like so many of Murphy’s other shows, expect something new for the already-confirmed second season.