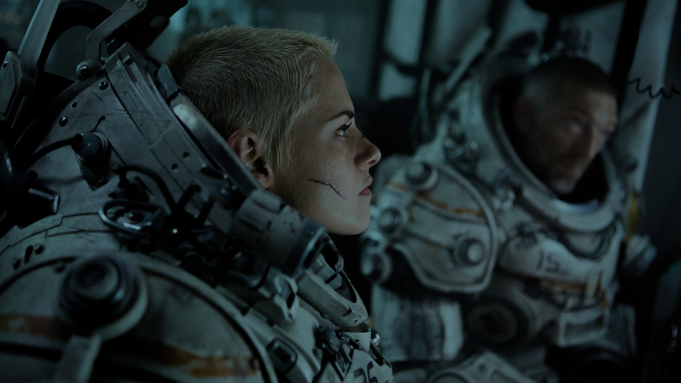 Kristen Stewart’s stint in the indie scene takes a break over the next few months as she steps into two fairly big studio movies. She’s got the Charlie’s Angels reboot in which she plays the team ass-kicker, and then she stars in Underwater, a sci-fi/survival-thriller that Disney felt was promising enough to hold on to after the acquisition of Fox. I’m guessing a big part of that was having Stewart’s name attached.

The premise is pretty simple on this one, but it’s the cast that catches your attention. Stewart plays member of a team of underwater researchers who must scramble to safety when an earthquake devastates their facility seven miles below the surface. But as you will see from the trailer, getting out is just one problem as something strange is down there with them.
Stewart is joined by a cast that includes Vincent Cassel, Iron Fist‘s Jessica Henwick, The Front Runner‘s Mamoudou Athie, The Newsroom‘s John Gallagher Jr., and look, people are still hiring TJ Miller! The film is directed by William Eubank, best known for the 2014 thriller, The Signal.
Underwater hits theaters on January 10th 2020.

Review: ‘Gone In The Night’