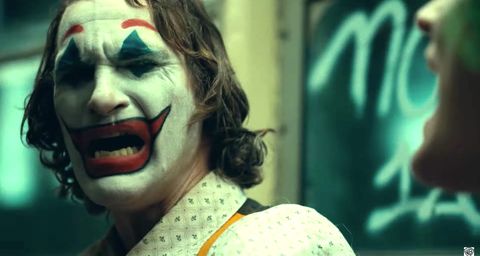 With new trailers for the Venice-bound Ad Astra and The Laundromat, it’s not only clear the prestigious festival is right around the corner, so is the time of year when we start figuring out who the major Oscar contenders are. While it’s not shocking to find that Joaquin Phoenix is in the discussion, that it’s for his role as Batman’s nemesis the Joker is so crazy it makes this season unlike any other we’ve seen before. Although, to be fair, we’ve seen actors such as Heath Ledger, Jared Leto, and Jack Nicholson play the Joker and earn serious accolades for it. Well, two of them did. Sorry, Jared.

A new trailer for Joker gives us another look at what Phoenix’s take on the character will be, and it’s safe to say he’s bringing something different to the table. Directed and co-written by Todd Phillips, this looks to be an exploration of a mentally ill man’s descent into madness, rather than someone who is born to be one of DC Comics’ greatest supervillains.

Martin Scorsese, once thought to be a creative force behind the film, still has a pretty significant influence as Phillips channels aspects of Taxi Driver and The King of Comedy. If there’s a major question mark it’s Phillips, who is still best known as the guy who made The Hangover and Old School. Does he have the dramatic chops for a significant movie like this? Or will it all rely solely on Phoenix’s performance?