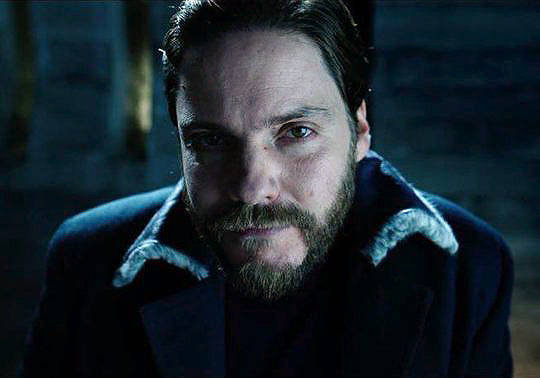 Much to my surprise, Marvel unveiled their complete slate of upcoming Disney+ projects during their Comic-Con presentation. I had expected them to be held a few weeks for D23, but one of the earliest reveals turned out to be The Falcon and the Winter Soldier. Part of that involved a brief teaser from star Daniel Bruhl, fully embracing his role as villain Baron Zemo in issuing a threat to stars Anthony Mackie and Sebastian Stan.

The teaser concluded with Bruhl giving a first look at Zemo wearing his iconic purple mask, which we’ve only seen in concept art from Captain America: Civil War, where the villain first appeared in the MCU. Bruhl has now taken to Instagram to deliver a distorted look at Zemo in his full gear, and I’m curious to know what makes him decide to wear it in this new fight against Captain America’s legacy.

Part of the teaser saw Zemo attempting to say the codewords that brainwash Bucky, only to have them fail. It’s possible the series will find him trying to regain power over the Winter Soldier once again, but we shall see.

The Falcon and the Winter Soldier hits Disney+ in fall 2020.