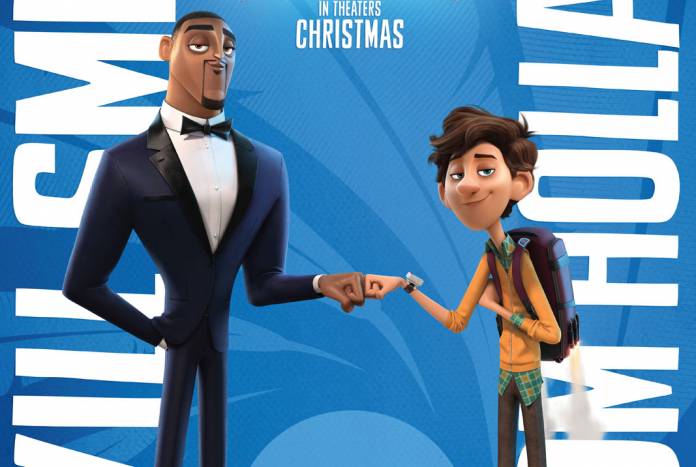 One, the centerpiece of the Marvel Cinematic Universe. The other, a…well, former key member of the DCEU. Tom Holland and Will Smith make an unlikely duo but one with loads of fun potential, which we’ll get to experience in 20th Century Fox’s animated comedy Spies in Disguise.

Don’t let the title fool you, this is no ordinary espionage comedy. While Smith is indeed playing the suave super-spy we’d expect him to be, and Holland is voicing the geeky tech wizard who designs his cool gadgets, one of those gadgets turns Smith’s character into a pigeon. While being a pigeon is indeed a sweet cover, it’s also for the birds.

This is one of the Fox projects to survive the merger with Disney, and based on star power it’s easy to see why. Also in the cast are Holland’s Marvel pals Karen Gillan and Ben Mendelsohn, along with Rashida Jones, DJ Khaled, and Masi Oka.  However, it was shifted around the release date schedule repeatedly, moving from January to April to September before finally settling on December 25th 2019.

Here’s the synopsis: Super spy Lance Sterling (Will Smith) and scientist Walter Beckett (Tom Holland) are almost exact opposites. Lance is smooth, suave and debonair. Walter is … not. But when events take an unexpected turn, this unlikely duo is forced to team up for the ultimate mission that will require an almost impossible disguise – transforming Lance into the brave, fierce, majestic… pigeon. Walter and Lance suddenly have to work as a team, or the whole world is in peril. “Spies in Disguise” flies into theaters this Christmas.