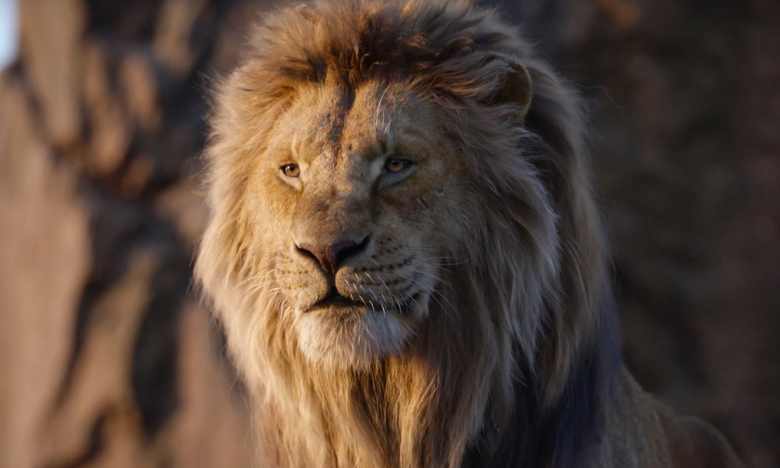 Disney is probably used to the collective eyeroll they get after announcing a new live-action remake. But the numbers don’t lie; people still love these movies and in a year that has already seen Dumbo and Aladdin, Disney has given us their best remake yet with The Lion King, a breathtakingly gorgeous and nostalgic wonder that will have you feeling the love tonight.

When Disney needs to pull out all of the stops they turn to Jon Favreau, the Iron Man and Jungle Book director who has almost single-handedly elevated them to the most dominant force in Hollywood. The Lion King is his finest work yet; a loving recreation of the 1994 classic that many still hold dear to their heart. What you love about that movie isn’t lost underneath the photo-realistic CGI, it just offers a chance for you to be awed anew by Simba’s journey from cub to king.

The story is familiar and just as powerful, and screenwriter Jeff Nathanson (a Brett Ratner confidante responsible for Rush Hour 2 and Tower Heist) wisely doesn’t screw with what we know already works. The opening shot of a blazing orange sun dawning over the Serengeti, as animals of many stripes flock to Pride Rock for the presentation of young Simba (voiced early on by JD McCrary, later by Donald Glover) is as majestic as ever. When the familiar “Circle of Life” swells to a climax you may find yourself forgetting that all of this is done, astonishingly, without the use of real animals. The sheer visual wizardry on display is incredible and I don’t know if Disney can ever take a step backwards from this.

Some are going to prefer the hand-drawn animation of the original, which can be more expressive than digital technology allows for at this stage. But there’s also something to be said about wanting to stroke Simba’s fur because it looks so damned fluffy. There’s also something to the realism this technology brings to this story set in the wild; you can practically see the frenzied hunger in the uncontrollable pack of hyena set against Mufasa (James Earl Jones’ booming voice returns, naturally) and his pride. There are benefits and limitations to both, and neither detracts from the other. You can love this version of The Lion King and its predecessor in equal measure.

While not a complete shot-for-shot remake, Favreau gets about as close to it as one possibly can. Nearly the entire thing is done digitally, with the exception of one scene that you can figure out for yourself, and Favreau doesn’t risk rocking the boat by removing some of the story’s most iconic moments. Certain scenes linger on for longer than we’re used to for maximum emotional impact, and that doesn’t always work. When an older Simba is forced from his home by his villainous uncle Scar (Chiwetel Ejiofor), he encounters the comic duo of warthog Pumbaa and wise-cracking meerkat Timon (Seth Rogen and Billy Eichner). Their journey, which carries Simba from distraught cub to dutiful lion, feels like it lasts for an eternity. That’s not always a bad thing; Eichner’s saucy and flippant meerkat is one of the film’s true breakout voice performances. Simba’s reunion with childhood friend Nala (Beyonce Knowles-Carter) also drags and has a woefully unharmonious rendition of “Can You Feel the Love Tonight” by Glover and Beyonce.

Beyonce, who was among the first casting moves made when this film was announced, also proves to be its biggest distraction. While Nathanson’s screenplay gives the other lionesses and Nala a greater passion and warrior spirit, Beyonce’s voicework is merely adequate compared to others, and the one new song she gets falls way short of the Hans Zimmer classics it’s surrounded by.  John Oliver is fantastic as royal hornbill Zazu, following on his stellar voicing in Wonder Park earlier this year. The guy is just born to voice timid anthropomorphic animals! Ejiofor’s take on Scar, for my money the best of all Disney villains, is more of a manipulator than the feral rage we sensed within Jeremy Irons’ version.  His personal opus, the thunderously evil “Be Prepared”, doesn’t build with quite the same fury. That was a personal disappointment as it’s my favorite of The Lion King‘s many incredible tracks. I also can’t overstate how valuable it is to have James Earl Jones return as Mufasa. Hearing that god-like voice is a comfort and a means of easing us into this contemporary retelling.

I imagine there will be a bunch of reviews calling The Lion King “unnecessary” or “pointless”, but that’s just lazy shorthand any time a movie is remade. They’ll say it “lacks heart” or whatever other gibberish we critics come up with to say that we just can’t get past our own childhoods. The original is timeless for a reason, and Disney has gone to great lengths to recapture the same spirit. At a recent event I hosted, I asked the question to our audience of die-hard movie fans if they had ever watched the classic films Disney keeps remaking, and most of them raised their hands to say they hadn’t. To me, that’s insane. It probably is to you, too. But there’s an entire generation of people out there who will now get to have this remarkable story touch their heart, and while we may wish they’d go back and check out the 1994 version, it’s more important that stories like this continue to be passed on.

Now if Disney remakes The Lion King 2: Simba’s Pride, then we can talk about cheap cash grabs.