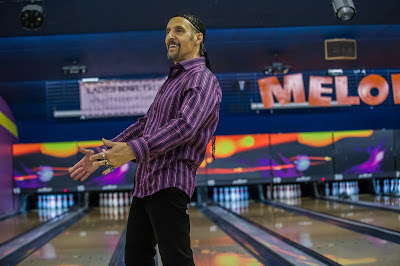 Hard to believe three years have passed since we first heard about John Turturro’s plans for a spinoff of The Big Lebowski, then-titled Going Place, that would see him return as sarcastic bowler/pedophile Jesus Quintana. Turturro actually shot the movie that same year, minus any cooperation from the Coen Brothers, but it never found a distributor. Until now.

Turturro’s spinoff, now titled The Jesus Rolls, has been acquired for domestic release by Screen Media. Not only that, it has a release window of early 2020. Why wait when you’ve got such a timely story about a pedophile who loves bowling more than anything else in the world? I’m not so sure about the timing of this, but it’s hard to dispute the talent involved or Turturro’s credentials.

The film is actually based on the 1974 French film, Les valseuses, and follows “a trio of misfits whose irreverent, sexually charged dynamic evolves into a surprising love story as their spontaneous and flippant attitude towards the past or future backfires time and again, even as they inadvertently perform good deeds. When they make enemies with a gun-toting hairdresser, their journey becomes one of constant escape from the law, from society and from the hairdresser, all while the bonds of their outsider family strengthen.”

While nobody else from The Big Lebowski looks to be returning, Turturro has surrounded himself with a cast that includes Susan Sarandon, Audrey Tautou, Bobby Cannavale, Jon Hamm, and Pete Davidson.

As for whether or not this is a story that needs to be told, particularly right now, Turturro does seem to have broader aspirations…

“It feels like a good time to release a transgressive film about the stupidity of men who try and fail and try better to understand and penetrate the mystery of women.”