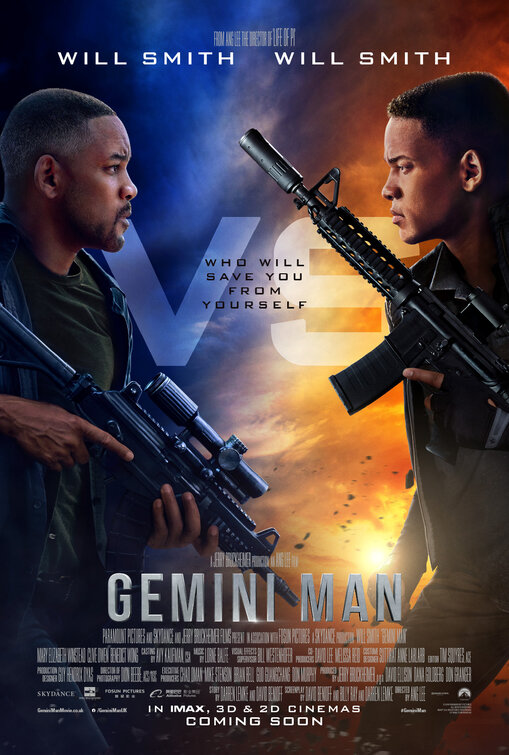 Ever since his Best Picture-winning Life of Pi, Ang Lee has put himself on the forefront of advancements in digital technology. While it didn’t make a lot of sense for drama Billy Lynn’s Long Halftime Walk, Lee has pushed it to a new level with Gemini Man. While we’ve seen digital de-aging tech used a lot recently, rarely is it employed so we can watch an A-list actor kick his own ass.

Will Smith is that actor, de-aged to look like he just walked off the Fresh Prince of Bel-Air set. His younger self is an assassin given the near-impossible task of taking out an older version of himself. Assuming they don’t kill one another, the two must work together to learn why they’re made to be enemies.

The film has been in the works for nearly two decades, and perhaps the long wait was for the better. The technology to do it simply didn’t exist before now.

Gemini Man hits theaters on October 11th. Check out the trailer and a new featurette on the groundbreaking tech used to make this movie a reality.