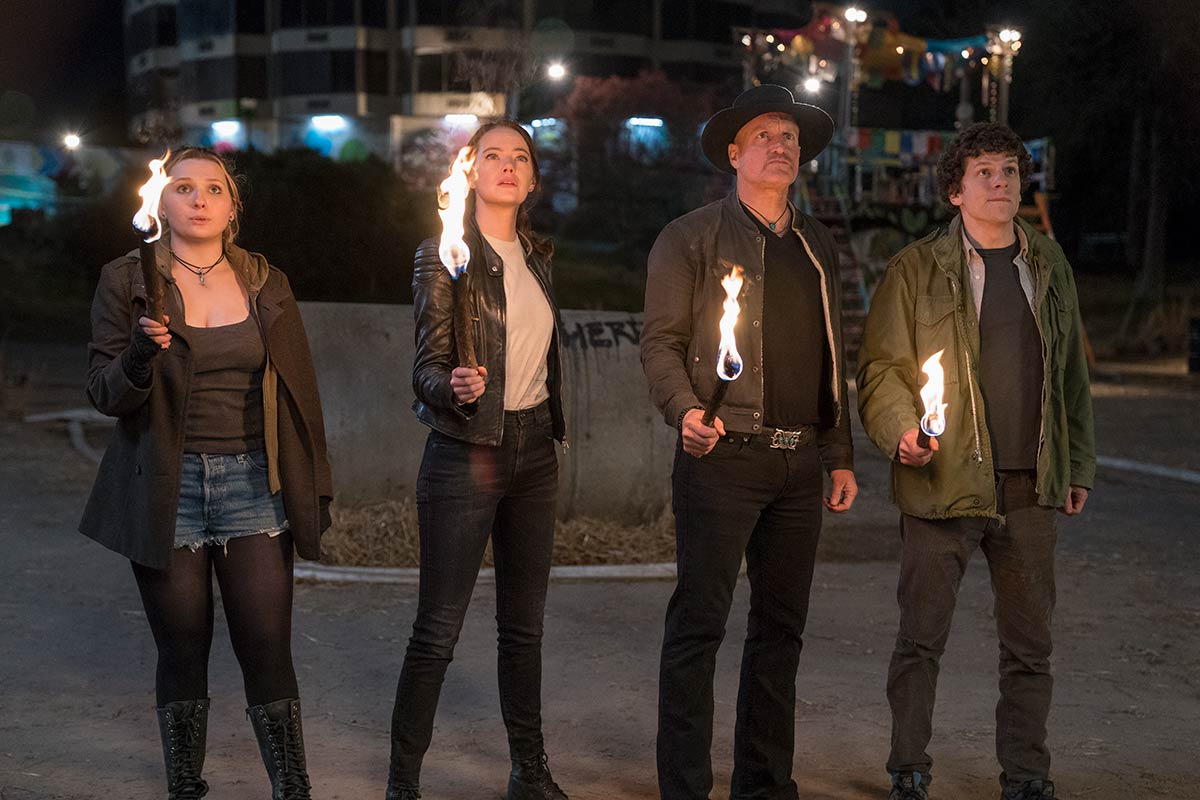 The zombie comedy Zombieland sorta came outta nowhere in 2009 to be more than just a box office hit, but one of the most quotable films of the last decade. It also served as a boost for stars Emma Stone, Jesse Eisenberg, Abigail Breslin, anchored by the performance of Woody Harrelson. At the same time, it launched the careers of future Deadpool writers Rhett Reese and Paul Wernick, along with Venom director Reuben Fleischer. In short, the film made quite an impact, and now the entire gang is back together again for Zombieland: Double Tap.

It’s funny to see the trailer boasting the Oscar credentials of the cast all of these years later, but it really does speak to the impact of the prior movie. It’s not as if any of these people need to come bak for a sequel at this point, but they all wanted to get back into the zombie slayin’, one-liner droppin’ action.
As for the story, do we really need to know? The trailer lays one out, anyway, with the crew of Tallahassee, Columbus, Wichita, and Little Rock ransacking the White House worse than the current occupant. But they’re forced back on the road when Little Rock runs away with a boy she just met. We also get a look at some of the new faces, including the always-great Zoey Deutch as the clumsy Madison, and Rosario Dawson as Nevada.
Zombieland: Double Tap hits theaters on October 11th.