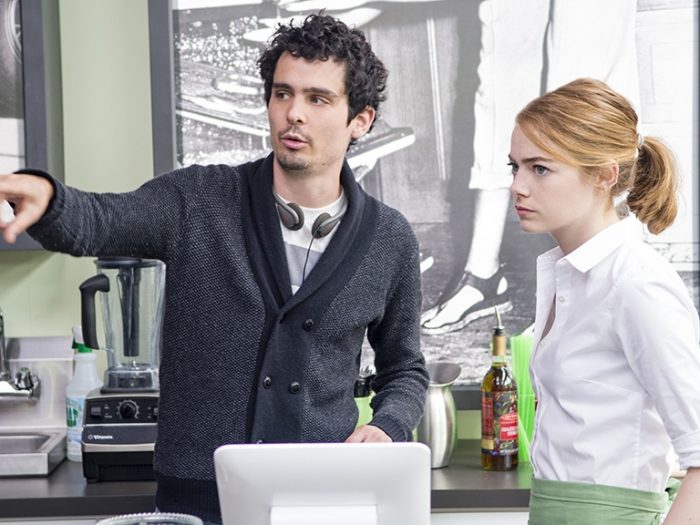 Some directors go an entire career without having one of their films be considered a major event. Damien Chazelle’s debut film Whiplash was only in 2014, and since then it can be said the two features he’s completed, La La Land and First Man, were must-see viewing. Now he’s reportedly shopping around his next project, titled Babylon, and has turned to a familiar face to lead it.

Deadline reports Chazelle may reunite with La La Land‘s Emma Stone for Babylon, which is apparently being eyed by a number of potential studios. It’s still a little early for any real details, but the film is said to be a period piece set in Hollywood. Chazelle dabbled in this world the last time he worked with Stone, and that turned out pretty well with 14 Oscar nominations and 6 victories.

Chazelle is currently at work on his upcoming Showtime series, The Eddy, which explores the Paris jazz music scene.

As for Babylon, the frontrunner for it seems to be Lionsgate, but with a higher budget than Chazelle usually commands others are said to be in the mix.