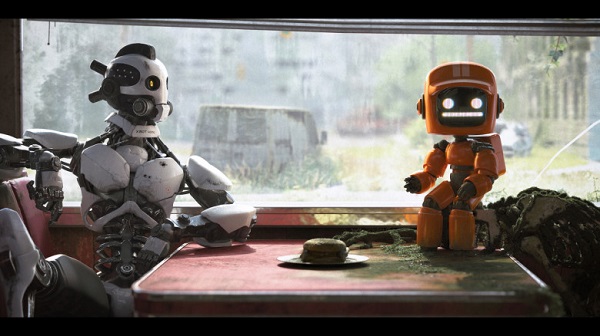 The brilliant yet twisted minds of David Fincher and Tim Miller delivered a weird, fun, violent, and sex-filled animated anthology series this past March with Love, Death, and Robots.  What started as an idea to reboot the 1980s cult classic Heavy Metal, turned into a sci-fi series of hardcore standalone episodes.  Bringing some of the best minds in animation, each of the 18 episodes ranged from 5 to 17 minutes and gave you a fun share of well, “love, death, and robots” to say the least.

Even though 18 episodes broke the norm of the 10 episode model of Netflix, the short episode timespan and very unique and engaging storylines left many fans wanting more and some like myself wanting some of the shorter episodes further fleshed out (looking at you “Three Robots,” “Sucker of Souls,” “Suits,” and “Beyond the Aquila Rift”).  Given the reception from critics and fans alike, it’s almost a no brainer for a second season of Love, Death, and Robots to happen.

We really didn’t have to wait long as Variety reports that Netflix has renewed the series for a second season.  On top of more crazy blood, guts, and nakedness, season two will be overseen by supervising director Jennifer Yuh Nelson joining the team.

“Love, Death and Robots” will be back! Jennifer Yuh Nelson has joined as supervising director for Volume 2 and will oversee all episodes pic.twitter.com/8OVStMbpeP

Nelson, whose resume includes storyboard and animation work for HBO’s Spawn, Dark City, as well as directing the Kung Fu Panda series, and The Darkest Mind.  Nelson has cut her teeth in animation, which is a good look, but can also help alleviate some of the criticism that the show was showing T&A for T&A’s sake.  Either way, bring on more fun, hardcore, and thought-provoking stories for season 2!