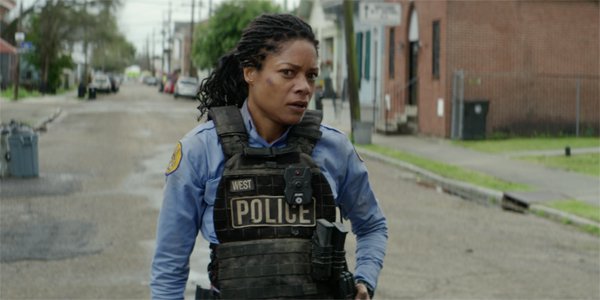 Dirty cops. What would Hollywood crime movies do without them? In Black and Blue, the latest film from prolific director Deon Taylor, Spectre star Naomie Harris tries to expose them without getting herself killed.

Set in Detroit, this is yet another story dealing with police violence and corruption, with Harris playing rookie officer Alicia West. When her body cam captures a group of dirty cops murdering a drug dealer, Alicia must stay alive long enough to reveal the evidence.

Harris is joined in the cast by Fast & Furious star Tyrese Gibson as the one person in the neighborhood who will help her. Frank Grillo, Mike Colter, Beau Knapp, Scott Reid, and Nafessa Williams co-star.

Taylor may have undergone a cloning procedure to get so much work done. This year he already directed the Dennis Quaid thriller The Intruder, and has the Hilary Swank film Fatale coming up, too.