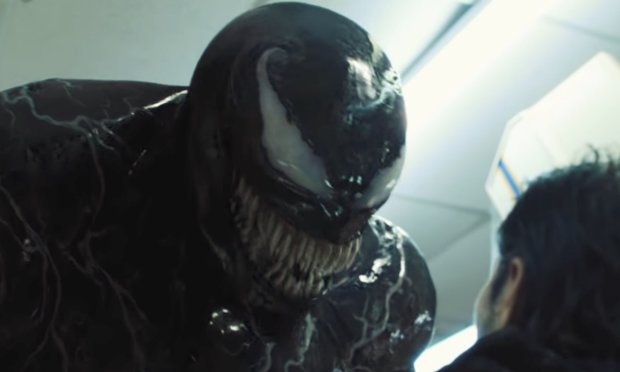 Despite negative reviews, Sony’s Venom turned out to be a massive $800M hit, proving they can actually make this superhero thing work despite prior evidence to the contrary. Before the film arrived there was some confusion where the character stood; is Venom part of Marvel Studios or something separate? Even some producers seemed confused about the answer. Well, a new rumor claims Sony is looking to make the Venom/Spider-Man connection much clearer by putting them in the same movie.

According to Roger Wardell, who is apparently accurate on some Marvel shit, Sony is pushing to have Tom Hardy’s Venom appear in a third Spider-Man movie. This is in contrast to a big rumor from a few days ago that Deadpool could debut in the followup to Spider-Man: Far From Home. Wardell says that’s not the case, and even suggests Deadpool will always be off in his own little corner even in the MCU…

There are no plans to add Deadpool in an MCU Spider-Man 3, but Sony desperately wants Tom Hardy’s Venom in this movie. Deadpool had his own movies but never showed up in the main X-Men films, it will be the same for the MCU.

Of course Sony would want to get Venom in a Spider-Man film if they can. It accomplishes a couple of things: first, it establishes Venom as part of the MCU, the most profitable cinematic universe in the world. Second: note keyword “profitable.”

There’s been some past feuding between Marvel Studios and Sony Pictures so who knows if Kevin Feige would be up for something like this, but my gut says the answer is “no.”  Sony may have the final say when it comes to Spider-Man on the big screen but they’re not going to jeopardize their relationship with Marvel Studios and Disney. I don’t see this happening but would be pleasantly surprised if it did.