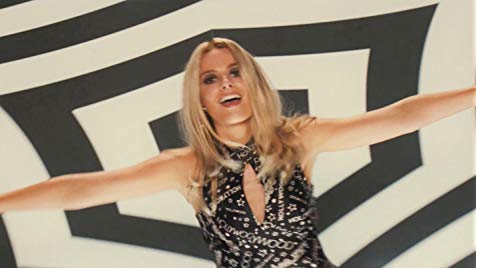 Whatever Marvel can do, Quentin Tarantino can do better? Following on the heels of the Russos begging fans not to spoil Avengers: Endgame, Tarantino has penned an open letter to the Cannes audience not to reveal anything about his latest, Once Upon a Time in Hollywood.


“I’m thrilled to be here in Cannes to share ‘Once Upon A Time…In Hollywood’ with the festival audience. The cast and crew have worked hard to create something original, and I only ask that everyone avoids revealing anything that would prevent later audiences from experiencing the film in the same way. Thank you.”


It’s worth noting that Bong Joon-ho has made a similar request before the Cannes premiere of his latest, Parasite.

What’s interesting is that both Endgame and Parasite are movies we knew were developed in secret, but what is it about Tarantino’s film that needs to be held under wraps? We know it stars Leonardo DiCaprio as a TV actor looking to break into Hollywood alongside his best friend and stuntman played by Brad Pitt. We also know it’ll take place in 1969 with the Charles Manson murders used as a backdrop. So where’s the twist? Something is up here and I’m curious what it is.

I have a feeling this could be another case of historical wish fulfillment, something Tarantino employed successfully with Inglourious Basterds and Django Unchained. Maybe Sharon Tate turns the tables on Manson?

Once Upon a Time in Hollywood opens July 26th.