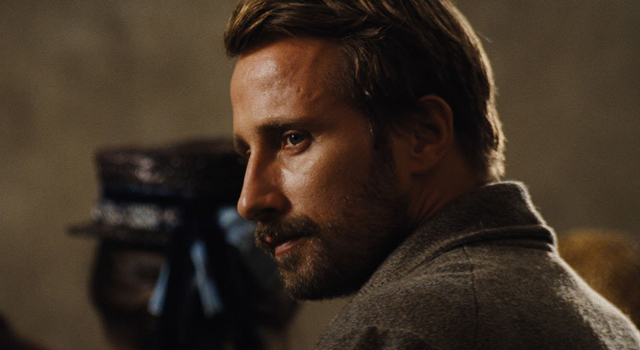 It hasn’t really been a secret my total man crush on Rust & Bone star Matthias Schoenaerts, which is why I’ll take any opportunity to post about a new role. They aren’t all so great (lookin’ at you A Little Chaos!), but this next one sounds like it could be a blast. Schoenaerts will join Charlize Theron and Kiki Layne in comic book adaptation The Old Guard.

As if the combination of Theron, Layne, and Schoenaerts wasn’t cool enough, the film will boast the talents of director Gina Prince-Bythewood (Beyond the Lights) who co-wrote the script with comics great Greg Rucka. The story, which to me sounds like a new take on Highlander, the story follows a small group of immortal mercenaries, long since bored with their long lives, who find renewed vigor when they happen upon a new immortal. Schoenaerts will play one of the immortal mercs.

Also in the cast are Marwan Kenzari, currently seen in theaters as Jafar in Aladdin, and Italian actor Luca Marinelli (The Great Beauty).

Schoenaerts earned strong reviews for his performance in Mustang earlier this year. I think he was at his best opposite Carey Mulligan in Far from the Madding Crowd and was quite good as part of The Danish Girl cast. He’ll be seen later this year in Terrence Malick’s Cannes favorite, A Hidden Life. [THR]