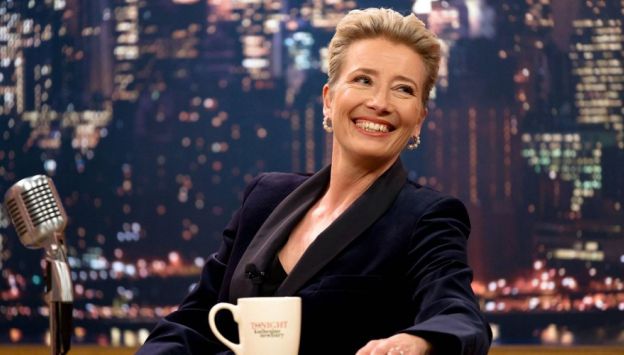 Amazon has been trying for some time now to find their breakout hit and have had some modicum of success with quality films, their ration at least of good to bad has been far better then Netflix’s “throw it all at the wall and see what sticks” mentality. One thing about the streaming service films is that they are becoming indistinguishable from theatrical releases, both in quality and content. Late Night which stars Emma Thompson as an aging late night host who brings in a young woman of color, played by Mindy Kaling, to revitalize her show before it gets the axe, is something that a few years back would seem like an indie idea but has become so mainstream that I could easily see this as a Universal release. There’s no problem with  that per say, I just hope they take advantage of the platform to says something real, from this trailer it looks like they’ll at least be going for a funny and well-rounded view at a lot of the issues surrounding race and gender politics. Emma Thompson is always delightful and Kaling has emerged as one of the premier voices in comedy for today’s generation. If the movie delivers what the trailer promises, a high quality feature with a streaming service edge we are all in for a good time.

Lily James Learns That The Road To Love Has Many Different Paths In The Trailer for ‘What’s Love Got To Do With It?”