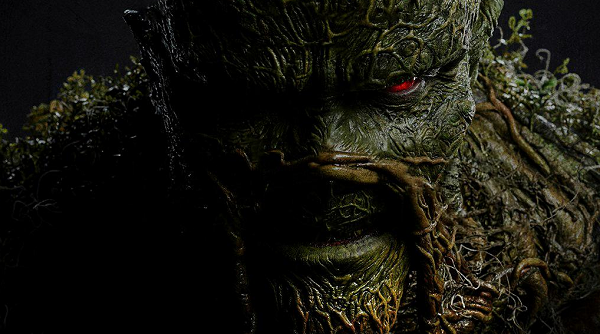 Say what you want about the DCEU (sorry, “Worlds of DC”), but the shows that have shown up on the DC Universe subscription app has been knocking it out the park with very unique and creative stories for some of the lesser known DC “heroes.”  First, they gave us Titans and quickly differentiated the young heroes from those we know from the kiddie show on Cartoon Network with two words “Fuck Batman.”  While it was a  mixed bag, it gave us a lot more good than meh.  Next, they gave us Doom Patrol (thanks to a backdoor pilot from an episode on Titans) and introduced us to a unique set of cursing misfits, including Crazy Jane (stealing every scene she’s in), Negative Man (retconning his character to give us a complex look at sexuality), and the ever so awesome Robot Man (finally letting Brandon Fraiser out of movie jail).  Now it looks like DC is going into even more weird and fun territory with Swamp Thing.

Following the Alex Holland version of Swamp Thing, the show will focus on a scientist who becomes “something else” after an accident and will draw from Alan Moore’s take on the titular character.  Continuing with the adult-oriented themes from the previous two DC Universe shows, Swamp Thing will delve into horror territory more than heroics.  With James Wan (of Saw, Insidious, the Conjuring Universe, and now Aquaman fame) as executive producer and It writer Gary Dauberman as showrunner, it looks like we will be getting into some dark, fun stuff with Swamp Thing.