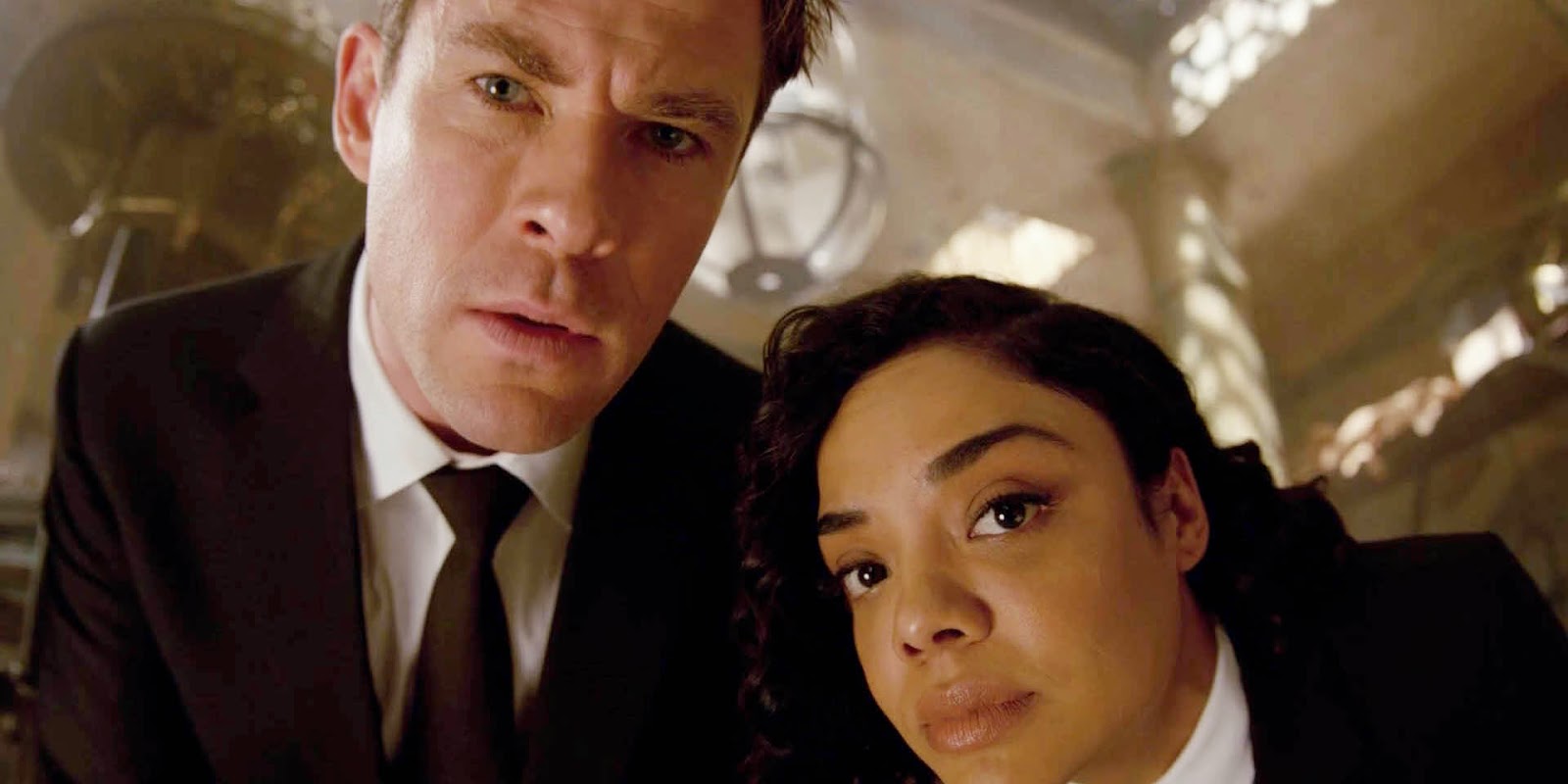 The chemistry between Chris Hemsworth and Tessa Thompson in Thor: Ragnarok was so great that it simply couldn’t be confined to Marvel alone. Sony swooped in and paired them up for Men in Black International, the fourth Men in Black movie and the first without Tommy Lee Jones and Will Smith.

In most cases the loss of someone like Smith would be a big deal but Hemsworth and Thompson promise to bring a different kind of energy. They don the classic black suit and shades of the Men in Black and are in pursuit of enemies known as “The Hive”. Liam Neeson plays High T, head of the MIB’s London branch, who reveals that The Hive can take the form of anyone.  They kinda sound like Skrulls.

The action has been ramped up by Fate of the Furious director F. Gary Gray, while co-stars include Emma Thompson, Kumail Nanjiani, Rebecca Fergusion, and Rafe Spall.   Men in Black International opens June 14th.