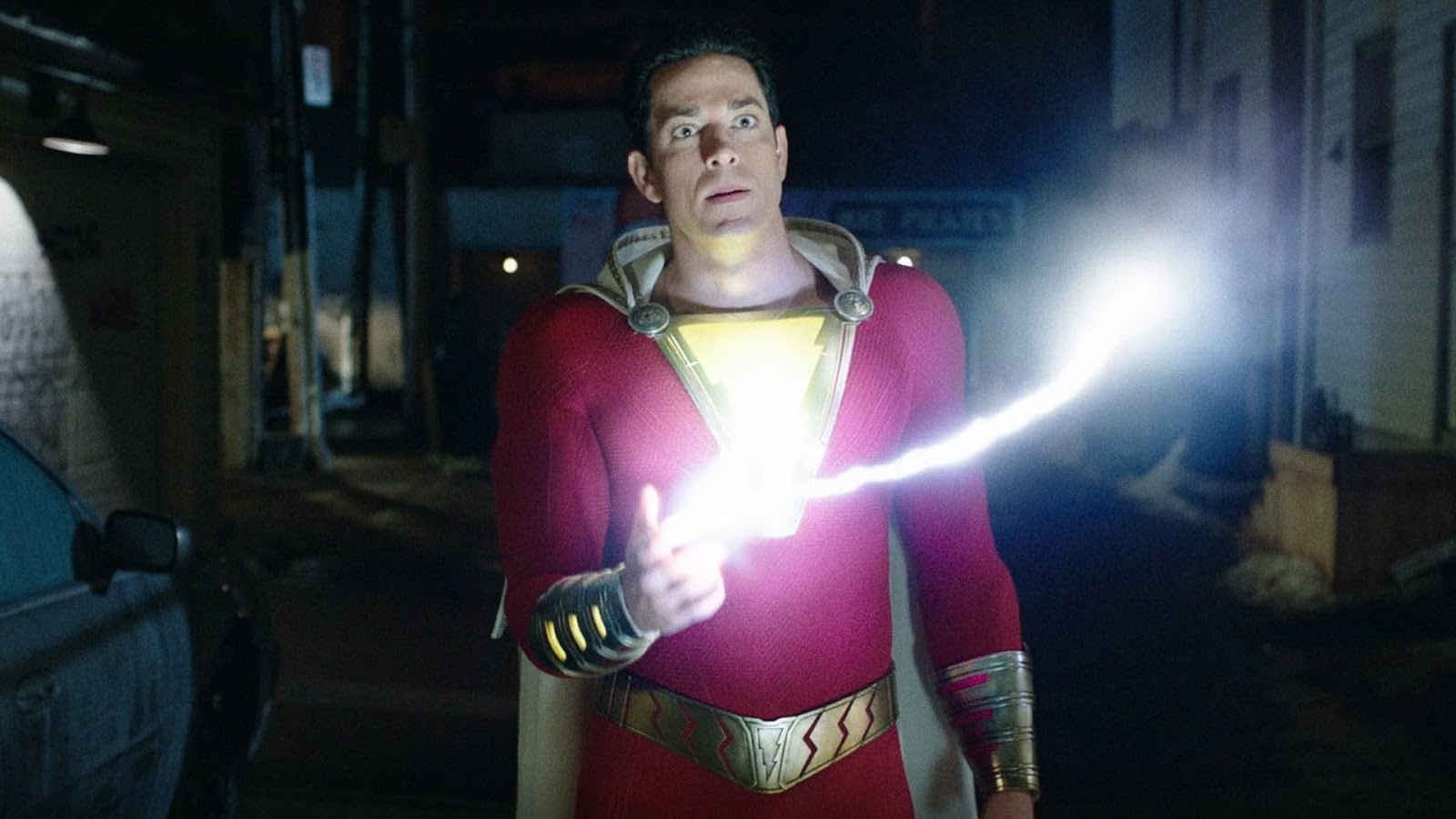 Now that Captain Marvel is out there and breaking box office records, the next major superhero flick to hit theaters will be the character formerly known as Captain Marvel, now going by the name Shazam! The DC universe film is the clearest example of Warner Bros.’ focus on a more fun, enjoyable comic book movie, and that can be seen in this new clip which is all about the thrill of superpowers.

In this scene, the newly-grown Shazam (Zachary Levi) must convince his pal Freddy Freeman (Jack Dylan Grazer) that underneath all of the muscles and red super-suit he’s actually young Billy Batson. To do that he has to show off his powers, which he doesn’t yet know anything about. Here comes the lightning!!! Well, after failing at everything else first. I love how goofy this movie looks.

Shazam! is directed by David F. Sandberg and hits theaters on April 5th.