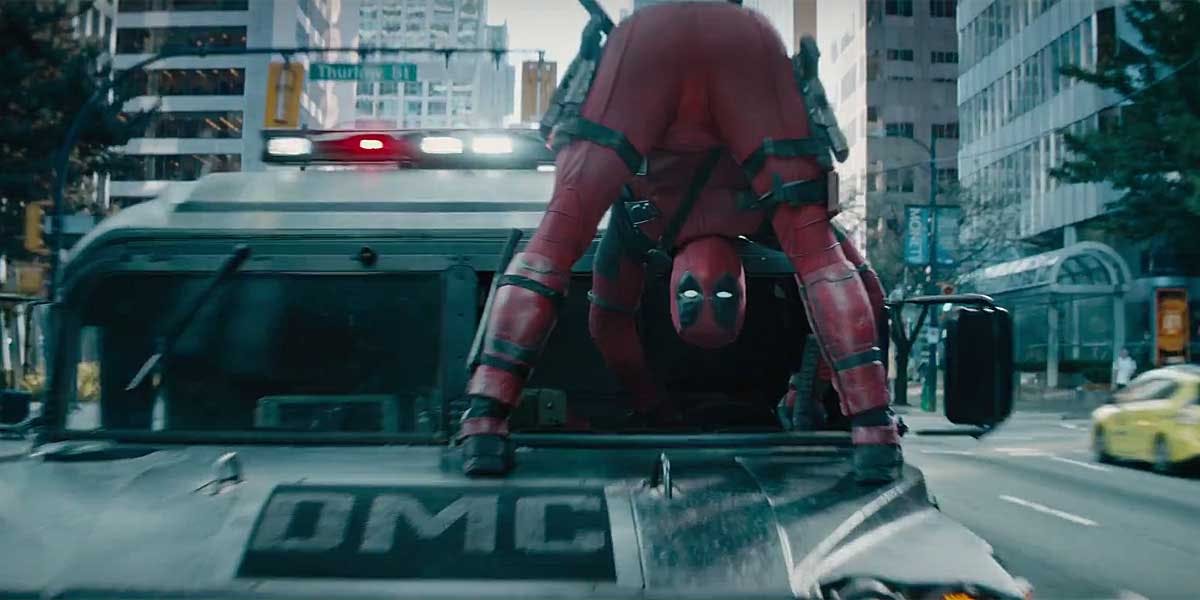 Deadpool 2 arrives in a couple of weeks, and you know? It’s probably going to make a lot of chimichangas. Probably not Infinity War numbers but it should do well enough to inspire some funny tweets from Ryan Reynolds about coming close. And if it does, then maybe we’ll get a Deadpool 3 after all, even if Reynolds doesn’t think there will be one.

The sequel’s first clip has arrived and it’s everything we could have hoped for. Domino (Zazie Beetz) uses her luck manipulating powers to drive a big rig through traffic while Deadpool follows in a slow moving moped. Meanwhile he’s making some hilarious, and fairly obvious, double entendres about Cable (Josh Brolin) who is entering the vehicle from the rear.  The action is slick and polished, just like we’d expect from John Wick and Atomic Blonde director David Leitch. If the rest of the movie is like this we are in for a treat.

Hopefully what we’re seeing here is exactly what will be on the screen. Some of the jokes from previous teasers has already been revealed to not be in the final movie, but now Reynolds adds one joke in particular got cut. Why? Because it was aimed directly at Disney. Not even 20th Century Fox dares make fun of the Mouse. Especially with a potential deal in the works. Reynolds tells EW…

Disney’s already pulling the strings and the ink isn’t even on the contract yet.