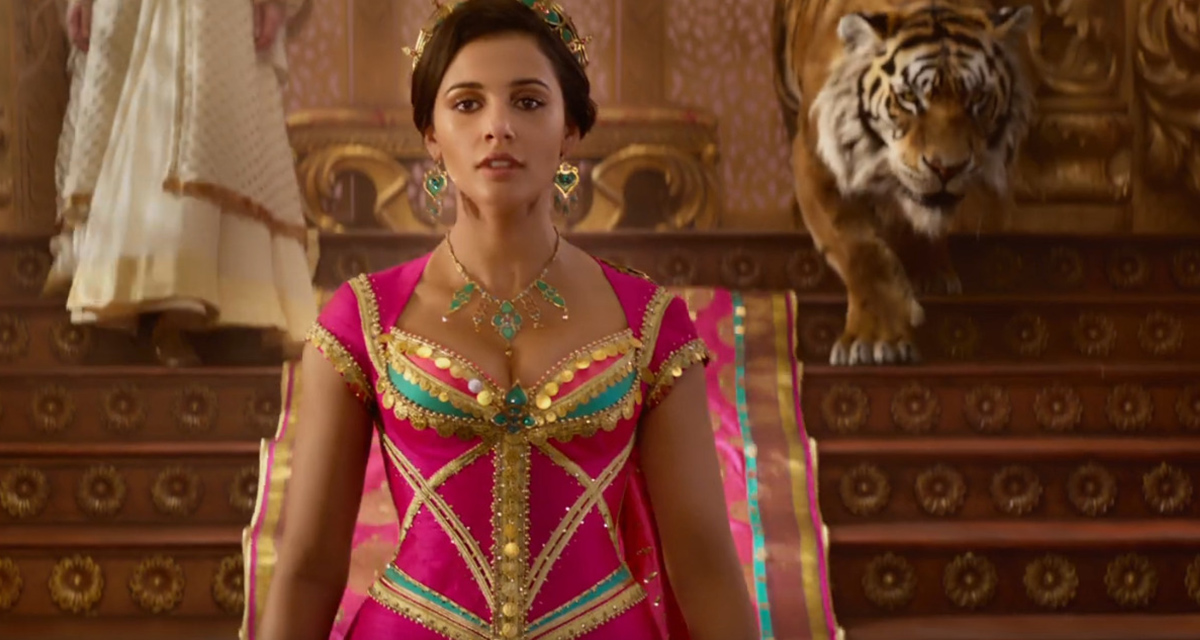 The challenge Disney faces with all of their live-action remakes is the high bar they have set for themselves. In the case of the beloved Aladdin, trying to redo it and keep fans of the original happy is damn near impossible. The reaction to the first teaser was not good; that’s what happens when you cast anybody else in the role of Genie which, let’s face it, will always belong to Robin Williams. But it also just failed to capture the same magic.

Disney has debuted a new full trailer for Aladdin and this one is definitely an improvement.  Not only do we get more of Will Smith’s divisive take on the Genie, but we also hear some of the classic songs, including “Friend Like Me” and “A Whole New World”. Y’know what? This might not be such a disaster, after all. The singing and dancing numbers look amazing.

Aladdin opens May 24th, and is directed by Guy Ritchie, which still blows my mind.