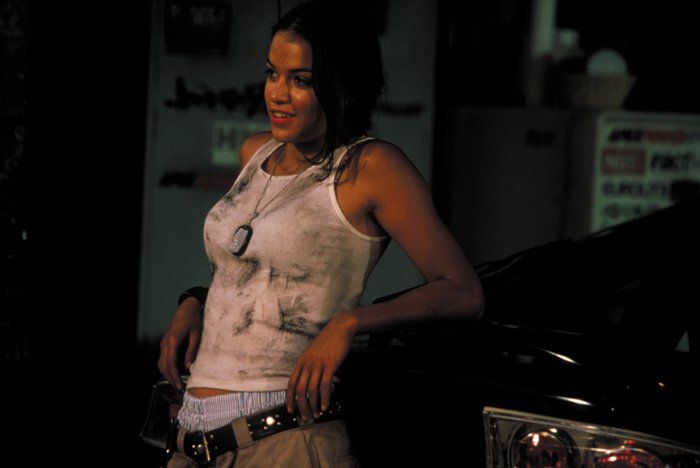 More than seven years before the MCU was even dreamed about, the Fast & Furious franchise was showing how a cinematic universe can get done. The most successful original franchise in the game today is still going strong, and is actually expanding with a ninth core movie on the way, a Hobbs & Shaw spinoff, and now a brand new spinoff that Vin Diesel says will be all about the ladies.

In an Instagram post, Diesel announced that three writers have been hired for the all-female Fast & Furious movie, and it’s quite a list of names. Brought into the family are Nicole Perlman, who wrote the first Guardians of the Galaxy script; Lindsey Beer who wrote Netflix’s Sierra Burgess is a Loser and has the YA adaptation Chaos Walking coming up; and Geneva Robertson-Dworet, a co-writer on Captain Marvel.
You can bet your ass Michelle Rodriguez will be leading this as Letty, because she’s probably the reason this movie is even happening. A couple of years ago Rodriguez appeared to be on the verge of quitting because of the treatment the female characters were getting. I’m just curious if this will be a backdoor way to reintroducing Gal Gadot as Gisele because this would be the time. Make it happen, Vin.